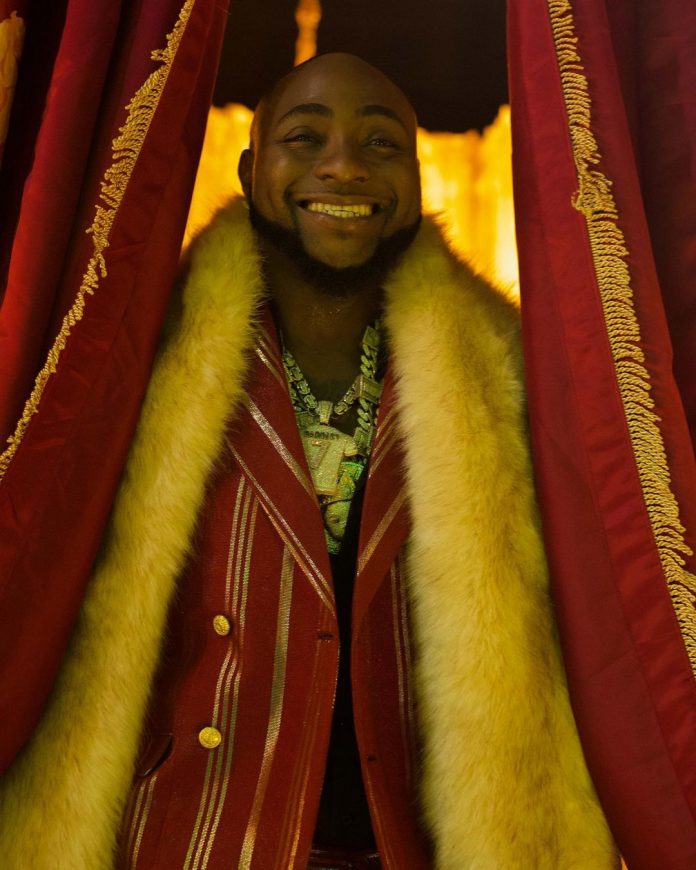 Nigeria’s music industry has grown to become one of the best in the world as artistes in the country have been taking their music to the global stage. 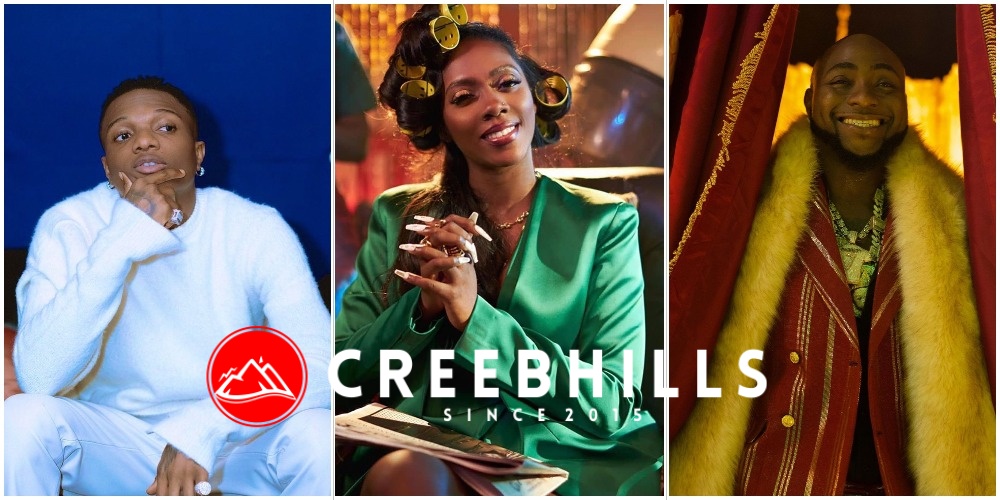 Artistes like Davido, Wizkid, Burna Boy, and a host of others have continued to wave the country flag high and this has given them a huge reputation on social media.

Just like the majority of the top artists in the world, Nigeria music stars have turned social media into their second home and fans have been consistent in showing them the support needed.

However, some celebrities have been able to attract more fans to their page due to their popularity across the globe and we’ve decided to give you the 2021 updated list of most followed artistes in Nigeria.

In number one is multiple award-winning afropop singer Davido who has a staggering 32.2m followers on all his social media platforms.

He has 19.1m followers on photo-sharing-app, Instagram and the rest are on his other social media platforms.

Taking the second spot is his biggest rival Wizkid who has 22.3M followers across all social media platforms while female sensational singer Tiwa Savage holds the third spot with 19.6M followers.

Peter Okoye of the defunct P-square group holds the number four spot as he has 18.5M followers on all platforms while Mavin Record boss Don Jazzy is placed fifth on the ranking.

Below is the top 20 most followed artistes: 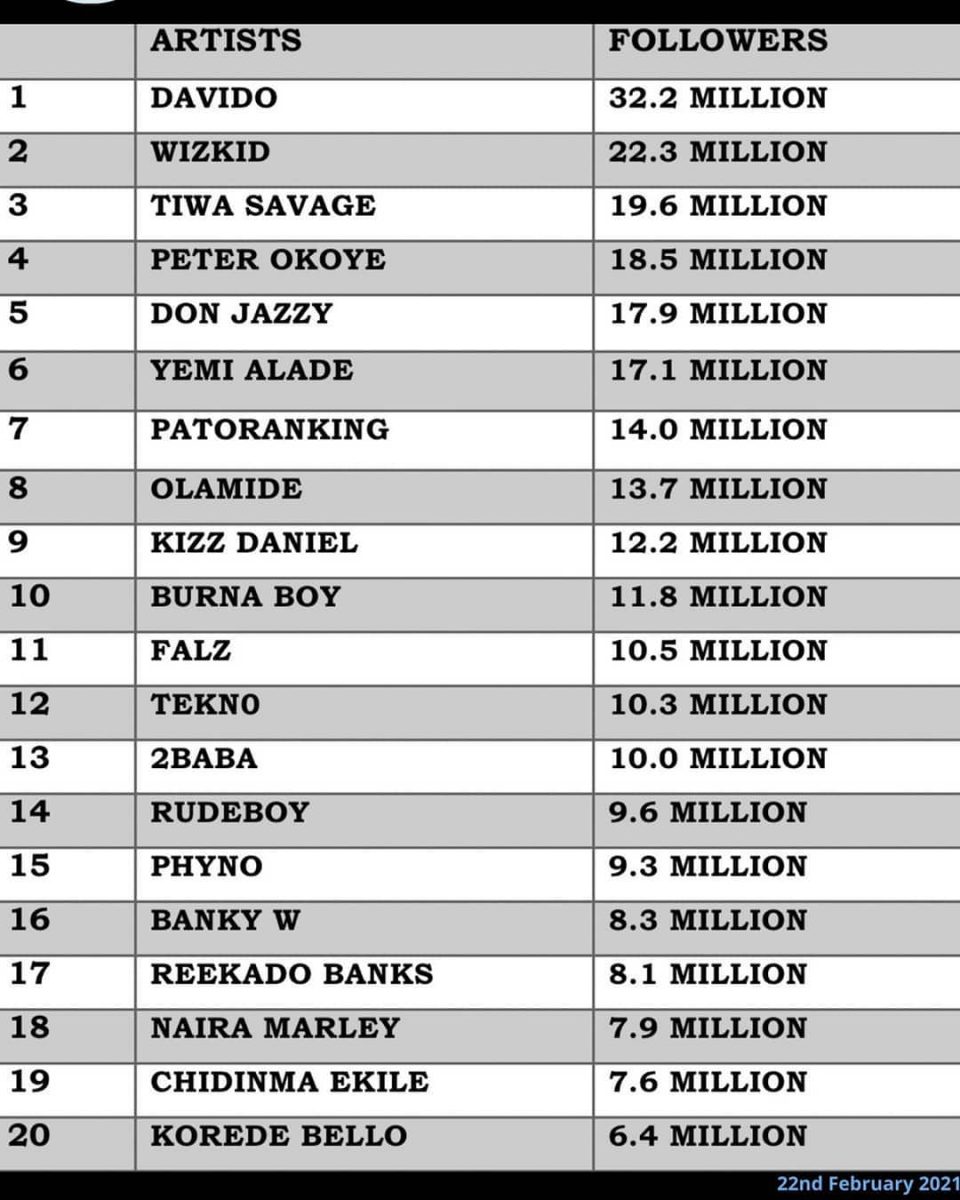