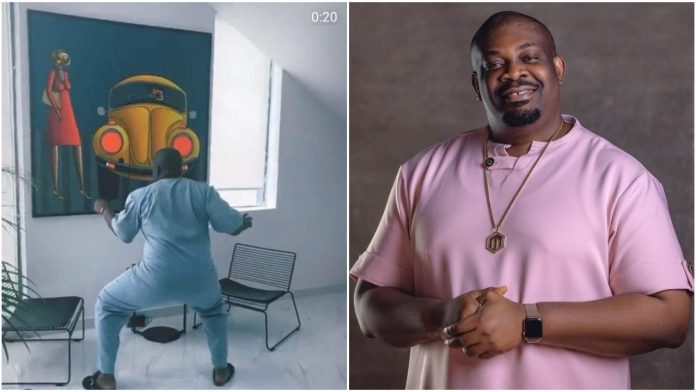 Don BabaJ as he’s fondly called by his fans, was seen trying hard to move his backside, as he tries to twerk to the rhythm of the music in the air. 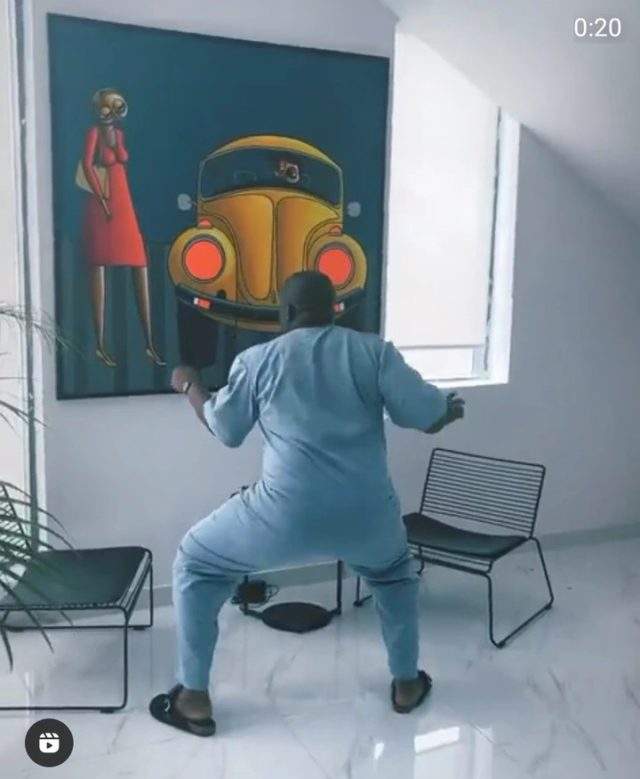 In an interview, Rema disclosed that the record was inspired by the luscious and magnificent body of the African woman.

It is no surprise that the executive producer chose to twerk and move his body to the music like an African woman.

However, Don Jazzy has been known for his love for entertaining his followers on social media.

In the video clip he uploaded, it was captioned;
“haters will say it didn’t bounce”