Controversial cross-dresser Idris Okuneye popularly known as Bobrisky has insisted on being the only one in the country making millions daily whiles staying indoor.

Often referred to as the drama queen on social media, Bobrisky has continued dominating the headlines with his activities on the internet and this looks like a trend that’s not ending soon.

Just days after he was dragged by his colleague, James Brown, who claimed his senior should be scared of him, Bobrisky decided to bless the face of his fans with some of the goodies he receives while at home.

However, Bobrisky ensured that his messages were well understood by fans and haters on his timeline as he noted that he’s making millions of naira.

According to the screenshot posted by Bobrisky, he received a sum of ₦14.5 million Naira from a source he failed to disclose. 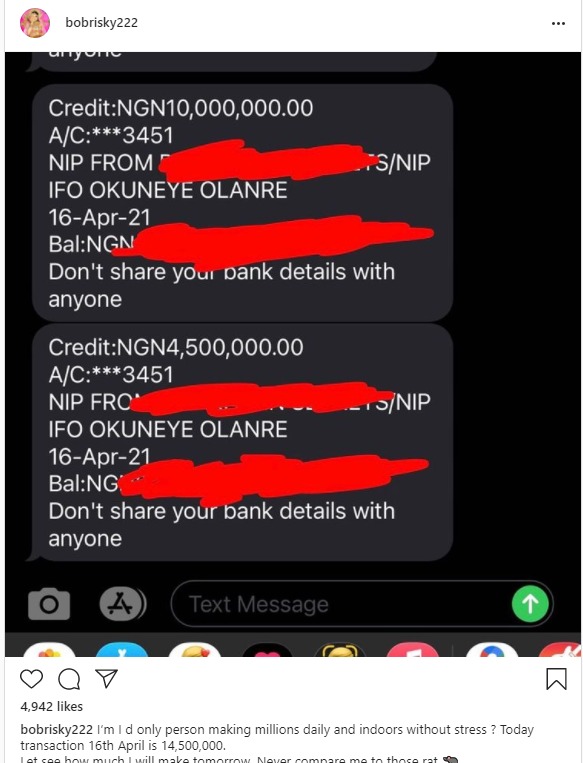 Bobrisky in the past has claimed he receives millions of naira from his side chicks and many would wonder if one of them has done this huge favour for him.