Home Entertainment BBNaija Don’t ask me who my man is – Ifu Ennada shows off... 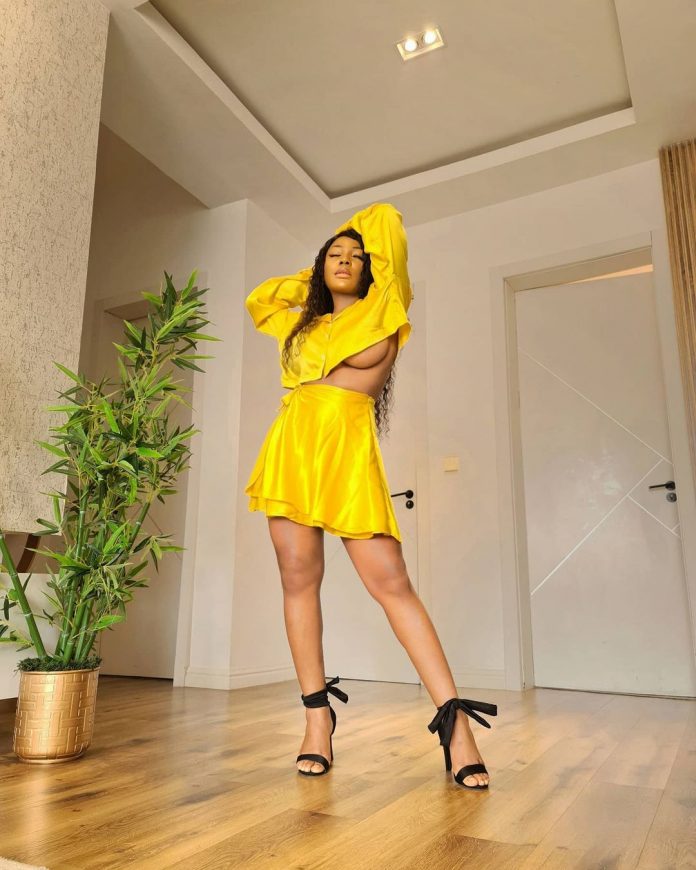 Former Big Brother Naija housemate Ifu Ennada has set the social media world on fire as she shows off her breast in a new post.

Talking of controversies, Ifu Ennada has become one of the most controversial personalities on social media ever since she rose to the spotlight.

The beautiful screen diva has been consistent in serving fans hot pictures via her Instagram account and this looks like a trend that’s not ending anytime soon.

Ifu Ennada some minutes ago decided to capture the soul and mind of her fans and she sure did.

Rocking an adorable yellow outfit, Ifu Ennada gave fans a glimpse of her breast despite that her hot legs were also on display.

Not leaving any stone unturned, the talented brand influencer who has been consistent in sharing her relationship status with fans noted that they shouldn’t ask about who she’s currently dating.

See her sexy pictures below: