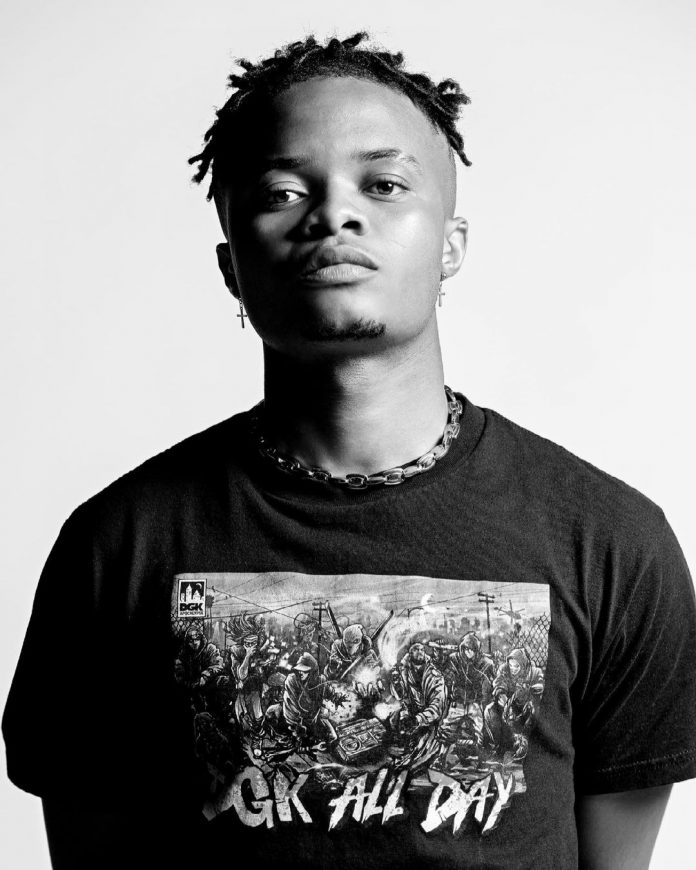 Fast-rising singer and songwriter Crayon has shared deep insight into his mother’s past before he finally rose to stardom.

The music industry has seen some new talents in the past few years with Crayon being one of the biggest names to pave a way for themselves in a competitive industry.

However, the singer via a new tweet on microblogging site, Twitter disclosed all that his mother had to go through before he was finally signed under Don Jazzy’s Mavins Record.

According to the singer, his mother used to be the most popular fruit seller in Iyana Iba, a popular area in Lagos State.

The singer noted that his mother was called ‘Iya Carrot’ but he has changed her situation ever since he signed a deal with one of the biggest record label in the country.

My mum used to be the most popular fruit seller in iyana iba ask anybody of iya carrot that’s my mum. She sold fruits for 19 years straight on the same spot with her small table and things. I changed all that after I signed my deal back in 2019! Now she chilling. Glory to God! 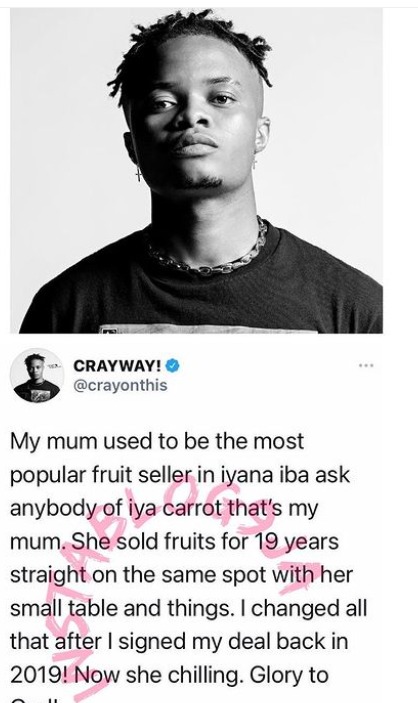