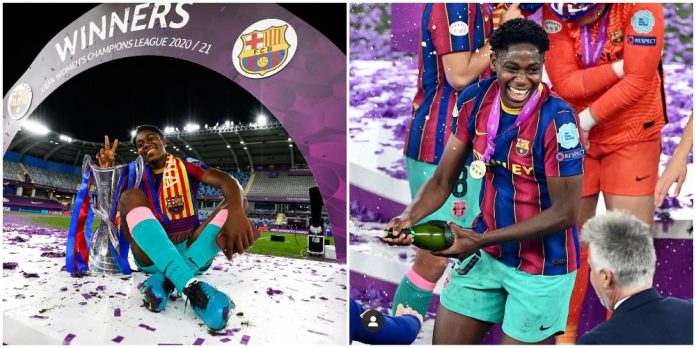 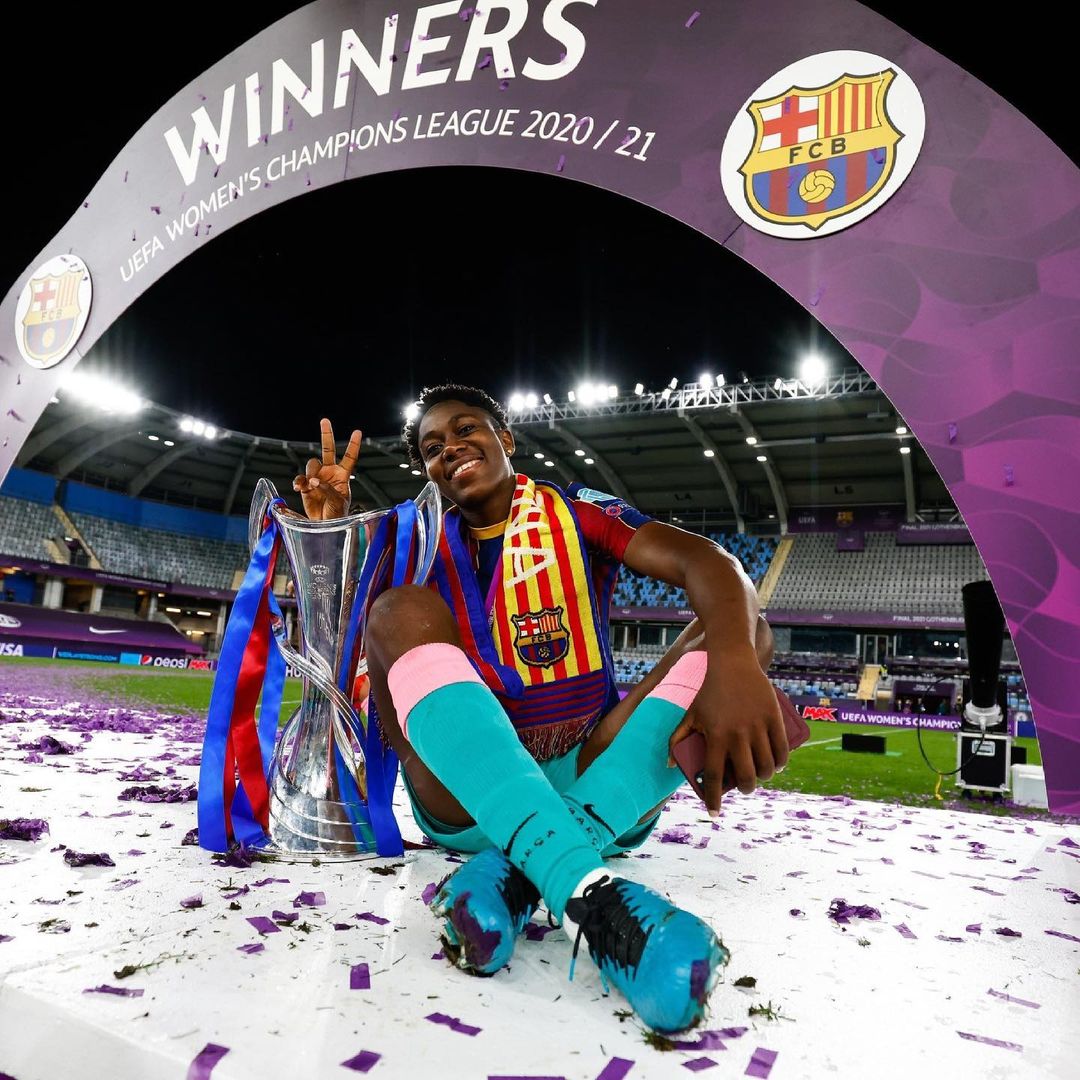 However, it took the Spanish giant just 32 seconds to score their first goal after Chelsea’s Melanie Leupolz turned the ball into her own net.

It was all Barcelona from that moment as Alexia Putellas, Aitana Bonmati and Caroline Graham Hansen fired past goalkeeper Ann-Katrin Berger to end Chelsea coach Emma Hayes’ dreams.

With Barcelona not giving up the fight despite leading with a wide margin, 26-year-old Oshoala, was introduced in the 71st minute to pour more salt on Chelsea’s wound.

The four-time African Women’s Player of the Year made her mark in the game by scoring the fifth goal in the closing stages of the game, but it was ruled offside.

Asisat Oshoala was among the Barcelona team that lost the 2019 edition of UEFA Champions League final to Lyon.

See pictures of Oshoala and her teammates celebrating the victory below: