Home Entertainment “My mother and brother have refused to talk to me” – Busty... 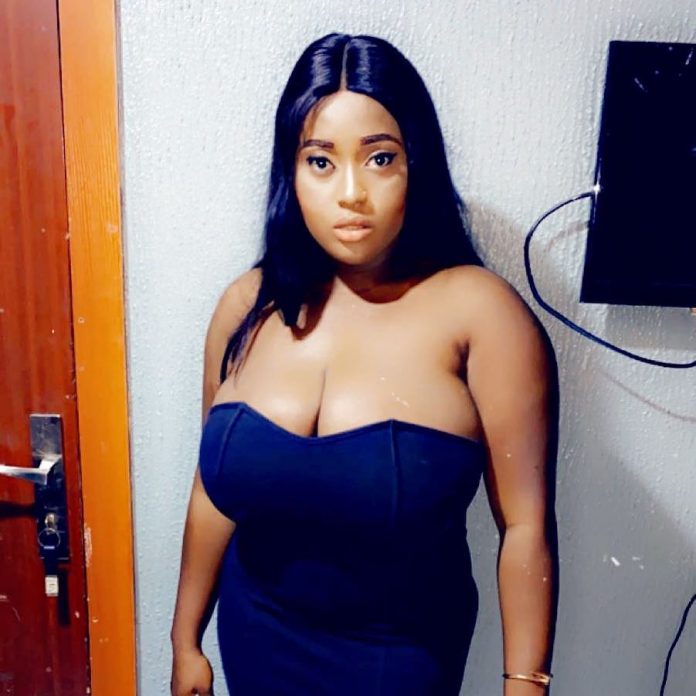 Things have changed dramatically for the young busty lady whose video went viral on social media after attending a wedding. 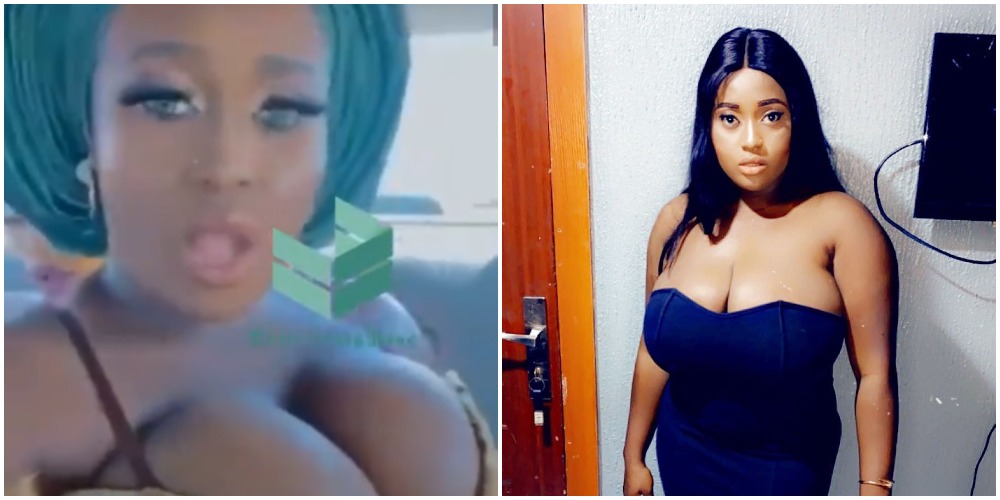 Social media world was left in a frenzy mood some days ago when video of a lady attending a wedding party went viral on the internet.

The lady who has been identified as Adebowale Dacosta was spotted in the video dancing but she caught the eye of Nigerians not with her dance steps but with her outfit.

Dacosta at the event wore an outfit that revealed her boobs as she also gave people good view of it with her dance steps, a move that sparked mixed reactions from Nigerians.

Some criticized her for wearing such outfit to an event while other hailed her for being confident with her physique and endowment.

However, Dacosta in a latest interview has revealed what she has been forced to go through ever since the video went viral on social media.

Speaking with popular journalist, Kemi Olunloyo, Dacosta stated that her brother and mother have refused to speak to her ever since the incident happened.

She also revealed that some of her friends who post nude pictures on their timeline have been criticizing her.

Johnson Olumide - February 17, 2020 0
It's been an Enduring Year With Terror Spreading across the Globe like Wide Fire and telling us more about the End that is no longer...

Johnson Olumide - February 18, 2020 0
The Boss of American Comedy, Kelvin Hart is set to hit your home and screen Theaters this fall in new show of comedy, laughter, Humor and...

Johnson Olumide - January 2, 2020 0
Sonorous songstress, Simi took to her social media space to celebrate and pen down a heartfelt message to her husband, Adekunle Kosoko aka Adekunle...

Violette - December 29, 2020 0
West Africa country, Ghana is currently packed with top personalities in all walk of life as Stoneboy host his much anticipated Activate Party. Stoneboy in...

Violette - December 24, 2019 0
The fans of reality star, Tacha has shown how much love they have for their idol as they continue to lavish her with gifts. Tacha...