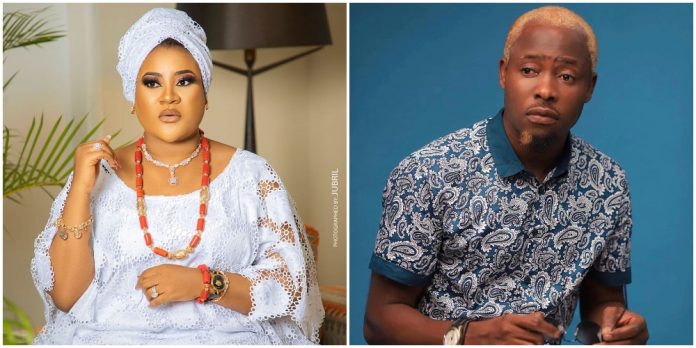 Nollywood actors Nkechi Blessing and Kehinde Adams aka Lege Miami have both been suspended by The Theatre Arts and Motion Pictures Practitioners Association of Nigeria, TAMPAN. 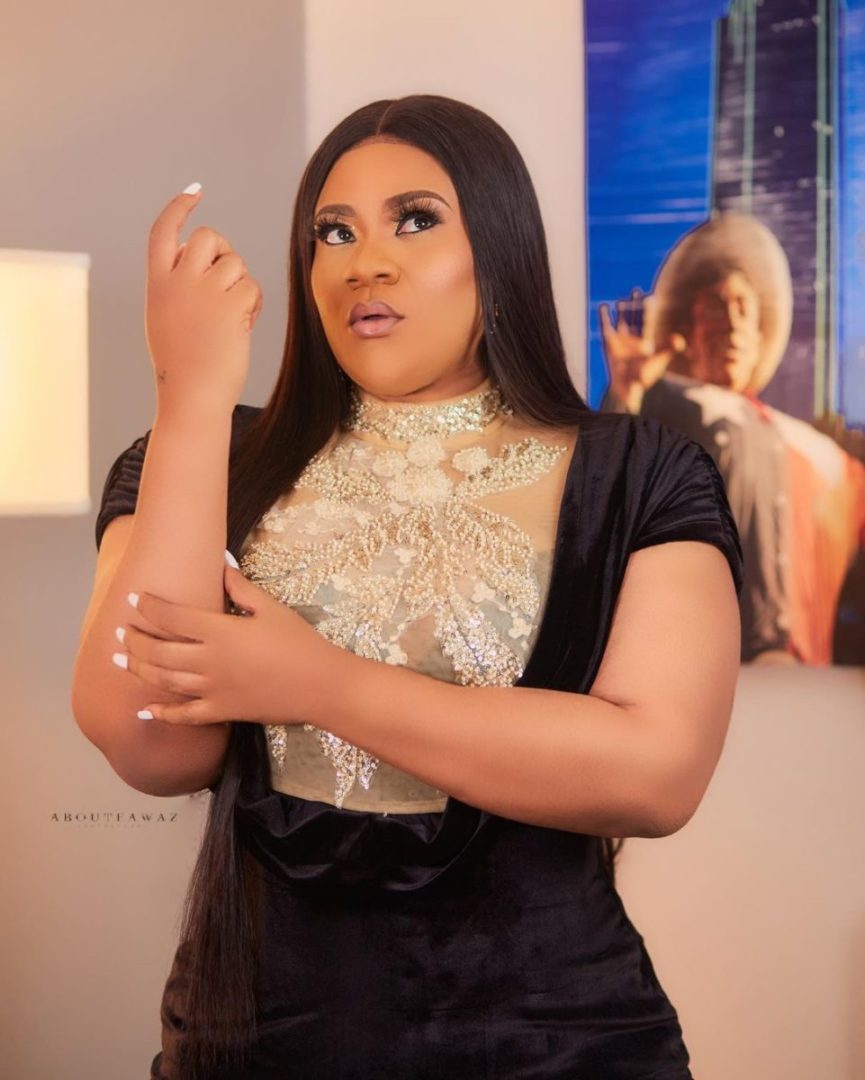 The new development came after their row on the scandal involving Baba Ijesha and comedian Princess 14-years-old foster daughter.

Nkechi Blessing and Lege Miami have been dragging themselves on social media ever since Baba Ijesha was arrested.

Both actors called themselves names on their respective social media platforms as Nkechi Blessing went as far as labelling Lege Miami an illiterate.

However, in a new statement that was released by TAMPAN some hours ago, directors in the film industry have been asked not to engage the services of the suspended actors.

Read the statement below: 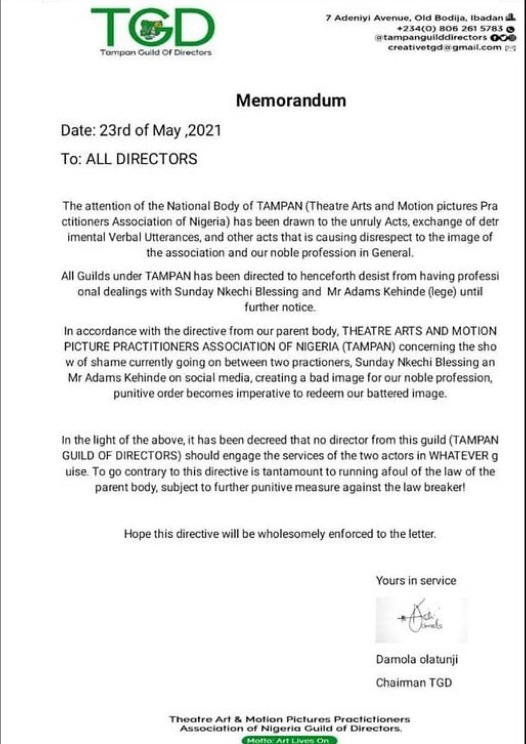