Home Entertainment “I bought it a week ago” – Actress/DJ Dorcas Fapson shows off... 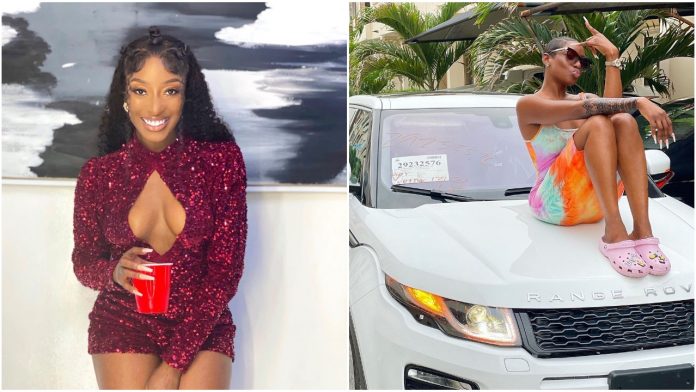 Get me Lit gang member, Actress/DJ Dorcas Fapson has joined the league of Owners of a brand new Range Rover worth over 35 million naira.

Dorcas took to her social media page to share the Good news, the controversial actress also revealed via her Instagram story that she bought the new ride about a week ago.

But was not willing to share the news on social media, but her Bestie Actor Timini Egbuson won’t allow rest as he jokingly threatened her that if she doesn’t, he will do her the honors.

Many Nigerian celebrities have reacted to the news, as they took to her comment section to congratulate her.

One of such celebrities is African Number one Bad gal, Tiwa Savage who in the comment section, said all her girls are boss ladies. 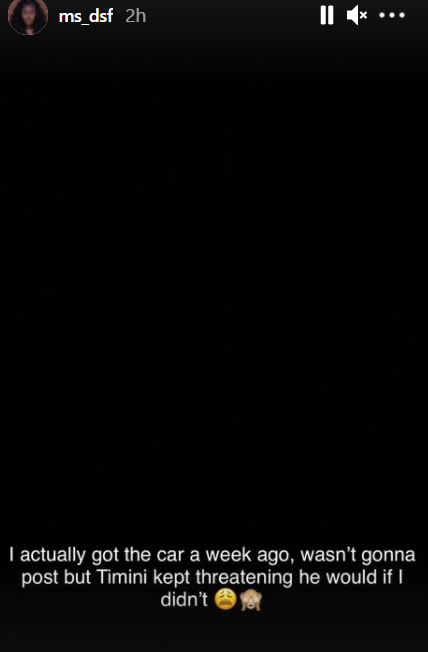 NB: Tiwa Savage, Toke Makinwa, Dorcas, and a couple of other female celebrities are actually a clique and they show it by defending each other on social media when any one of them is been dragged.

A recent example of such was the dirty fight between Tiwa Savage and Seyi Shay.

See more photos below and watch the video.

In Other news, social media influencer, Ada la Pinky talks about How her big breast has been affecting my everyday living.

Ebere’s breasts are her selling points as an Instagram influencer, and she leaves no stone abandoned in enhancing her natural endowments. (see more pictures of Ada la Pinky here).