Home Entertainment How my big breast has been affecting my everyday living – Comedienne... 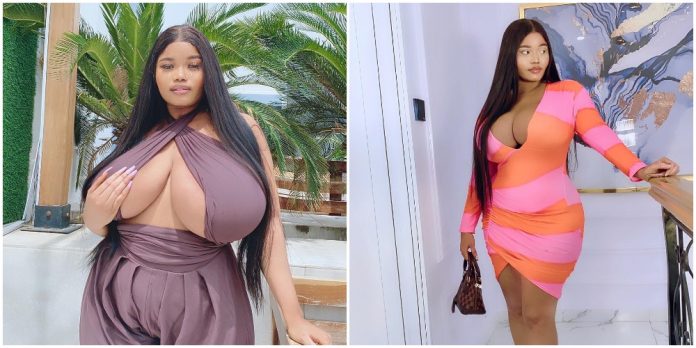 Curvy and endowed comedienne, Ada Ebere popularly known as Ada la Pinky has opened up on the difficulties she’s been facing due to her big breast.

Ada la Pinky has become famous on and off social media for big breast which she has not been shy of flaunting.

Ebere’s breasts are her selling points as an Instagram influencer, and she leaves no stone abandoned in enhancing her natural endowments. 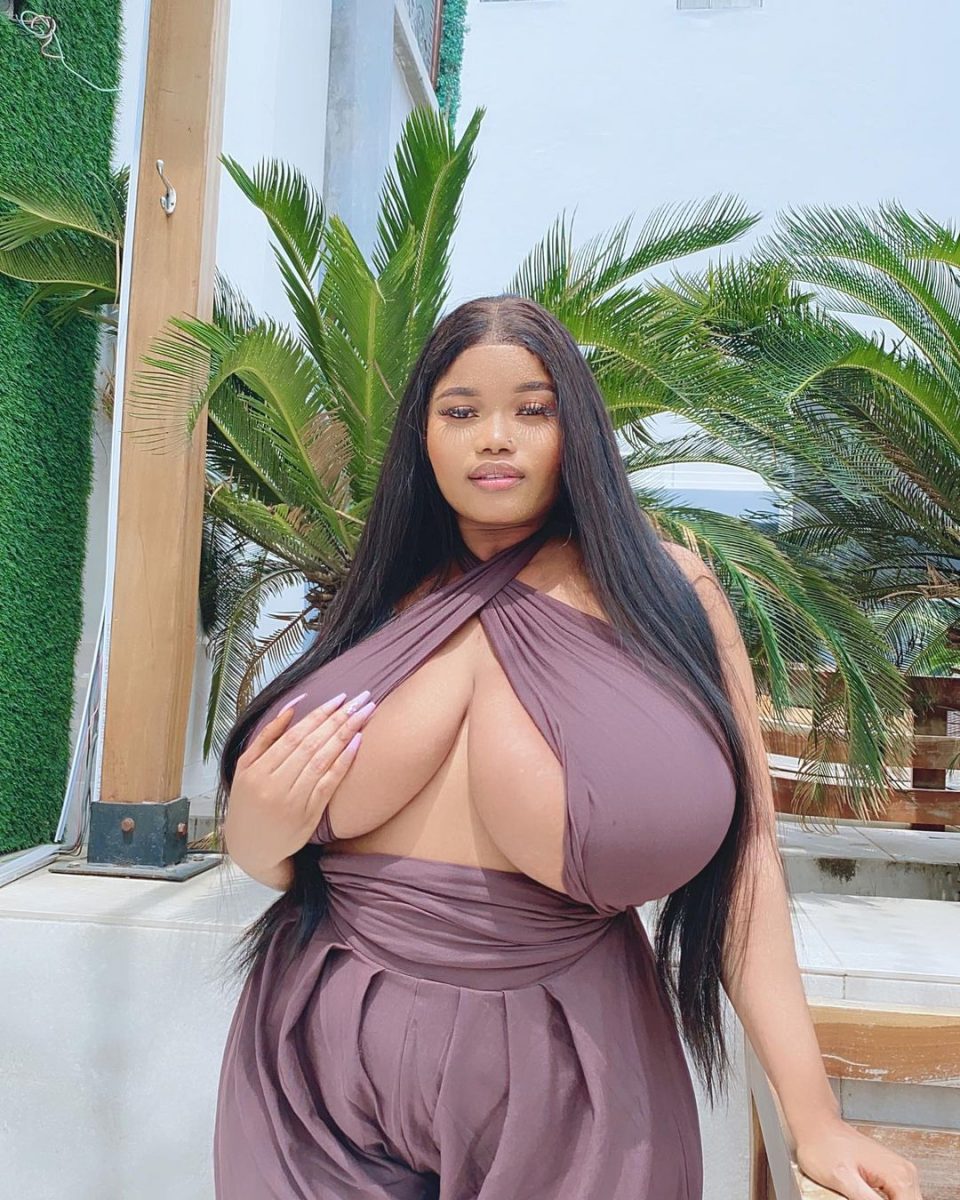 However, Ada La Pinky during a recent interview expressed her dissatisfaction with some of the key issues she faces as a result of her breast size.

It was so painful during my growing up days I love to sleep on my chest, but sadly I couldn’t. It is also very hard to get my bra size in the market.

Most times, I buy the biggest size and amend it especially the hands.

Funnily enough, I hardly wear bras even when going out. Most times, I also feel all the guys that are wooing me are after my boobs. They don’t care to know the real me, but want to have a feel of my boobs.”

Ada further debunked claims made by some fans that she went under the knife to have such a breast, noting that they are natural and no silicones.

“I didn’t do breast enlargement, they are all-natural. I never liked big boobs, I’d have preferred a portable size but here I am blessed with large ones and I am grateful. However, I might do butts enlargement to align with my boobs because I have always been a fan of big booties” she added.

Why I Warned Osinbajo to stay safe – President Buhari

Violette - November 27, 2019 0
Davido fiancee has replied a fan and explain in detail how her to be husband Davido got her pregnant since the fan seemed to...

Violette - August 5, 2019 0
The Big Brother Naija 2019 which is given a theme name of  'pepper dem gang', A female housemate Mercy has made claims and announced...

Serena Williams Hang Out with Ron Howard and Brain gazer

Johnson Olumide - July 8, 2019 0
If you are world No 1 in Women Tennis, then you are sure to Move around with World No Games Players in their chosen...

‘Movie Producers Can No Longer Afford Me’ – Jim Iyke

Johnson Olumide - July 6, 2018 0
Nollywood actor, Jim Iyke, has stated that movie producers can no longer afford his fees and that is why he is no longer seen...