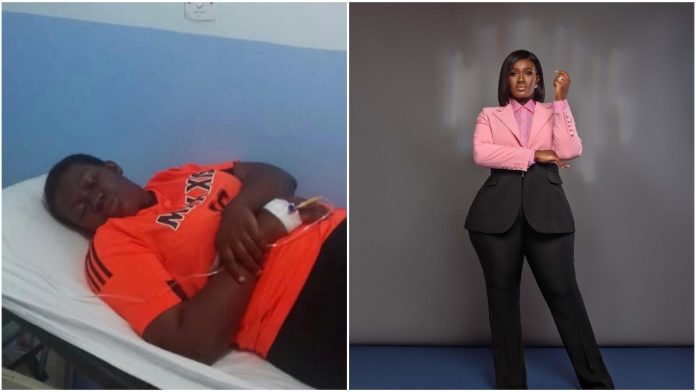 Nigeria’s hottest female comedienne, ANITA ASUOHA aka Warri Pikin took to her social media page earlier this morning to reveal she once attempted suicide in 2018.

She revealed that her family was in debt of N22 million naira and didn’t know how to pay it back, and voices in her head just kept on telling her to commit suicide that the suffering was going to end.

Asuoha wrote, “On the 6th of June, 2018, the only words I was hearing in my head were ‘end it now! give up already! No hope! You and Ikechukwu will never pay up the N22m debt! The suffering will never end! End it! End it!’

“You will beg all the days of your life! Help will never come! Rent, school fees, bills are due you can’t pay! You and Ikechukwu salary put together in 5 years can’t pay back the debt End it! The banks, Friends etc. you owe won’t stop calling and embarrassing you. end it! The Shame and pain is too much and it will get worse. End it! End it now! God will never come truuuuuuuuu for you!” (sic)

She further explained that at a point, she gave in to the thoughts in her head and attempted suicide.