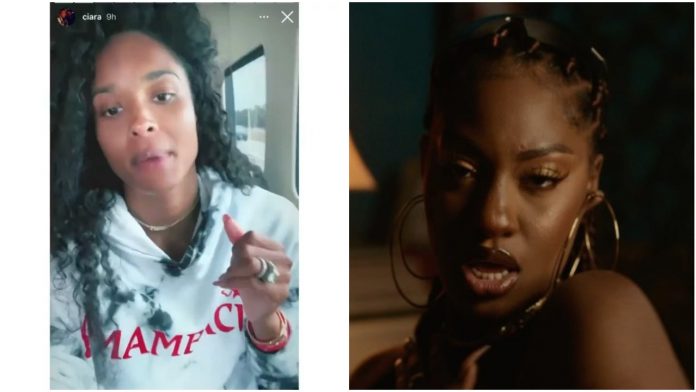 When we say Wizkid is the biggest African music export worldwide, we aren’t just making things up, they are based on facts and numbers.

Wizkid released his latest Album Made in Lagos, in October last year and one song stands out among the rest, its called Essence featuring fasting rising female singer Tems baby.

The song is the first Nigerian song to break into the Billboard’s Global 200 music charts debuting at No. 159.

So many American celebrities have been jamming to the song and Ciara and Russell Wilson are the latest.

In other news, Media Personality, Biyi, reveals his new ordeal in the hands of his bae, Sabena (Read it here).