Home Sports 10 Common Mistakes You Should Avoid as a Beginner in Fantasy Premier... 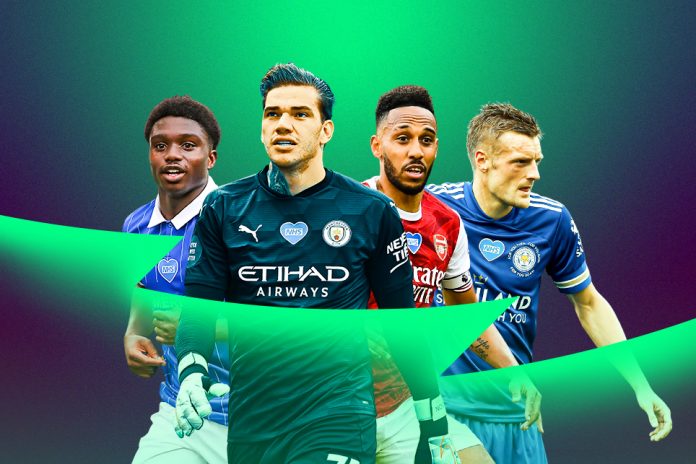 Are you new to FPL? Here are 10 common mistakes you should avoid as a beginner in FPL.

The Fantasy Premier League numbers keep increasing yearly with over seven million people from around the world playing the game. This means that there are beginners every season that know little to nothing about the game.

For this reason, I will be discussing the 10 common mistakes you should avoid as a beginner in FPL.

As a beginner, you should know aside from your football knowledge and strategies, it also takes pure luck to excel at FPL.

As a beginner, it is normal to try and pick players from the big 6 clubs because they are likely to win more games. It is good reasoning but you have to consider there would be lots of rotation too.

Rotations bring uncertainty and that is not good for FPL. If you don’t know of the term Pep roulette yet, you will as you go deeper in the game.

This is a rookie mistake. I have seen loads of beginners try to pick a balanced team for the FPL. You are not a real manager trying to win games. You are a manager looking to accumulate points across the season. So, therefore, it is very important you select players that would guarantee you points.

Avoid defensive players like Ndidi, Kante, Douglas Luiz, Rodri or hard-working attacking players like Firmino, Willian. They are all very good players that do their jobs well but FPL wise, they won’t give the needed point returns.

8. Don’t spend big on your goalkeepers

Having one of the premium goalkeepers is good for your FPL because of guaranteed clean sheet points. But you shouldn’t have two of them. It is a complete waste of funds.

Personally, I don’t spend big on goalies. I don’t keep any of the premium goalies. I search for the best value shot-stoppers and rotate them based on fixture difficulty. Aside from their cheap £4.5 value, they also guarantee save points. Last season, for instance, I had Emiliano Martinez and Johnstone.

So wouldn’t recommend spending more than £5.0 on a goalkeeper.

This is one common mistake among all FPL players and not just beginners alone. You feel choosing your two goalies and five defenders from seven different teams increases your chance of clean sheet points. However, you are hurting your chances of a big haul.

It is very unlikely all your picks would keep a clean sheet on the same weekend. Instead, you might want to consider picking your backline from the defensively solid teams.

It is always good to avoid unknown players. This is not to say those players can’t return the needed point haul but it is just good to avoid for a start. This is because, we are not sure would is the starter and even if we do know who the starter is, what if there is a new signing to usurp the player.

It is advisable to pick from the 17 other teams previously in the league. By doing that, you can make a more informed decision.

5. Don’t be too eager to make transfers

Never be too eager to transfer out a player. Always wait for the game week to end and also press conferences from the coaches before jumping into any decision.

Playing the waiting game sure carries the risk of the player price falling but most of the time, hasty decisions prove costly.

Last season, for instance, some managers transferred out Son without waiting for Mourinho’s press conference only for him to play the next game and scored 4 goals.

4. Don’t pick players based on sentiment

When it comes to FPL, no club sentiment is allowed. It is all about the players that would deliver the points.

Imagine a Manchester City fan saying picking Bruno Fernandes is not an option or an Arsenal fan not wanting to pick Son or Kane. This kind of sentiment will make you end up with binary points and a weekly average of 30+ points.

3. Don’t invest too much on your bench

Of the 15 players you will be selecting, always make sure 14 of them are starters for their club. However, this shouldn’t mean you should keep expensive players on your bench.

You should always look for good value players that are guaranteed starters. For players like this, you have to look at the mid-table teams.

Chips are there to be used but you shouldn’t be hasty to use them. While there is no perfect time to use any of your chips, it is always good to have them for rainy days.

Take for instance the free hit chip, if you can, you should try to keep it for the blank game week.

1. Don’t be too clever with your captain picks

Picking a differential captain is almost usually the wrong decision. Pulling it off means you are likely to have a game week with a big haul but it is too much of a risk.

With captain picks, the safer option is almost always the right option. The premium players are certain to deliver the points across the whole season. Just make sure you are captaining the right one based on form and fixture difficulty.

With these 10 common mistakes you should avoid as a beginner in FPL, you are likely to have a better point average than most like you.

These are guidelines that have proven to work overtime but it still doesn’t guarantee you will score good points every week. The guidelines are there to help make informed decisions.

The truth of the Fantasy Premier League as I stated earlier is that irrespective of football tactics and stats, you will still need every bit of LUCK!!!

If you haven’t signed up, visit www.fantasy.premierleague.com to get started.

Johnson Olumide - December 20, 2019 0
Our For You Crooner, Kiss Daniel just signed two new artists to his record label Fly Boi Inc. After the release of his album tracklist...

#BBNaija: Nengi appreciate fans as she hits 100k followers in less than 24 hours...

“I don’t know what Fireboy looks like” – Oyemykke laments (Video)

Adedokun Moses - February 27, 2020 0
Popular social commentator and motivational speaker Abisoye Olukoya Michael, popularly known as Oyemykke has cause havoc on social media after he made a shocking statement...

Violette - August 8, 2018 0
Chelsea are closing in on the signing of Kepa Arrizabalaga having activated the goalkeeper's €80 million (£71m/$92m) release clause. The player's representatives and lawyers travelled...