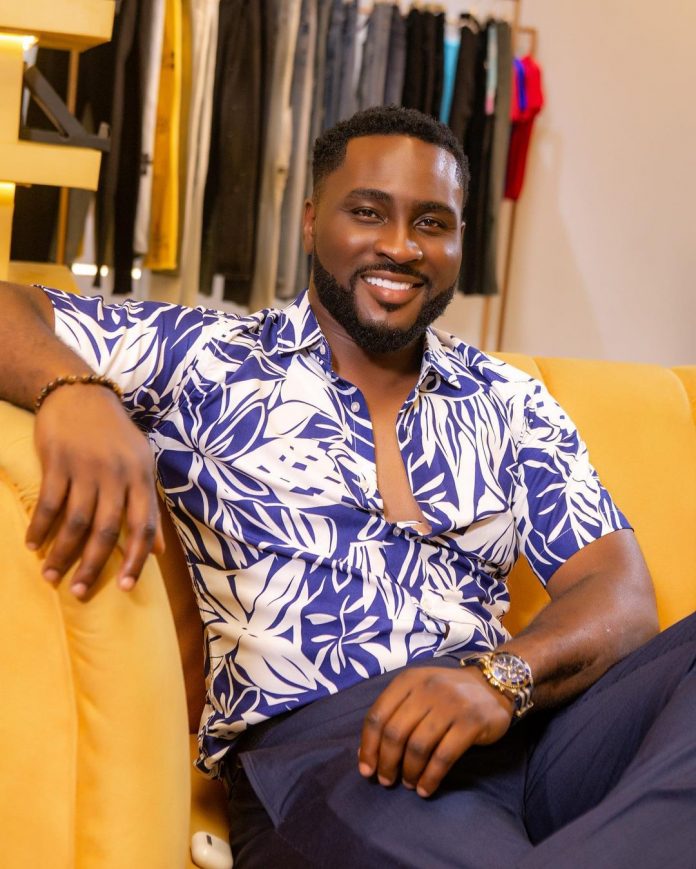 Big Brother Naija Season 6 Housemate, Pere Egbi was unveiled as one of the Wildcard in the house during the Dairy session.

The Other Housemates are yet to figure him as one of the wild cards, so in this article, we would be sharing with you whom Pere Egbi is in terms of his Biography, Age, Career, Relationship, and more.

Pere Egbi is a vibrant 35-year-old part-time actor and model, he was born in Warri, Delta State, Pere was raised by a single mother, and is the firstborn of two children.

He believes change is the only constant in life and describes himself as “a spontaneous, adventurous person”. Pere is a qualified nurse and served in the United States Military for six years, before coming back to Nigeria to pursue a career in real estate.

He is attracted to things of high value and is motivated by his past. As an empath, he hopes to use his experiences with pain to help heal others. He enjoys dancing, playing games, writing, bar-hopping, and water rafting.

Pere Egbi over the years, in his part-time acting career, has featured in a couple of movies which include:

Pere BBNaija currently has over 76,000 followers on his Instagram page, which continues to grow daily based on how long he stays in the house, remember his wildcard. you can follow him below.

The vibrant 35-year-old is also a part-time actor and model net worth before BBNaija is currently unknown, but judging by how successful his modeling career and acting has been over the years, Pere Egbi’s net worth is estimated at $30,000 dollars.

Violette - August 6, 2021 0
Popular Nigerian filmmaker, Mo Abudu has revealed that the story of alleged internet fraudster Hushpuppi will be turned into an action thriller in the...

Johnson Olumide - February 18, 2020 0
The 23-year-old Celebrity, Instagram Queen, Music Sensation and actress has been having the Best of months and Year so far and so far so...

Moment Davido Outsmarts a Fan Who Tried To Take a Picture of Him Signing...

Violette - December 5, 2019 0
Nigeria singer, David Adedeji Adeleke popularly known as Davido showed how smart he his as he outsmarts a female fan who tried to take...

How I went to Shiloh (Winners Chapel) to get into The Big Brother Naija...

Johnson Olumide - January 2, 2020 0
Big Brother Naija star, Nina Ivy has opened up on how she managed to make it into the reality show and finished as a...

Tacha’s Hope Of Hitting 1M Followers Gets Dashed As she drops back to 993k...

Violette - December 5, 2019 0
The hope of Tacha hitting the one million followers milestone on Instagram this year has been dashed as the social media platform takes her...