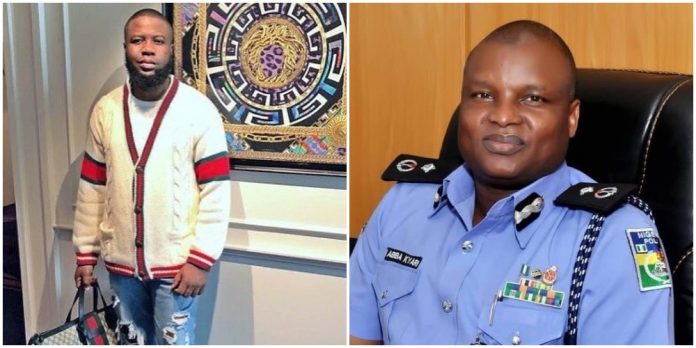 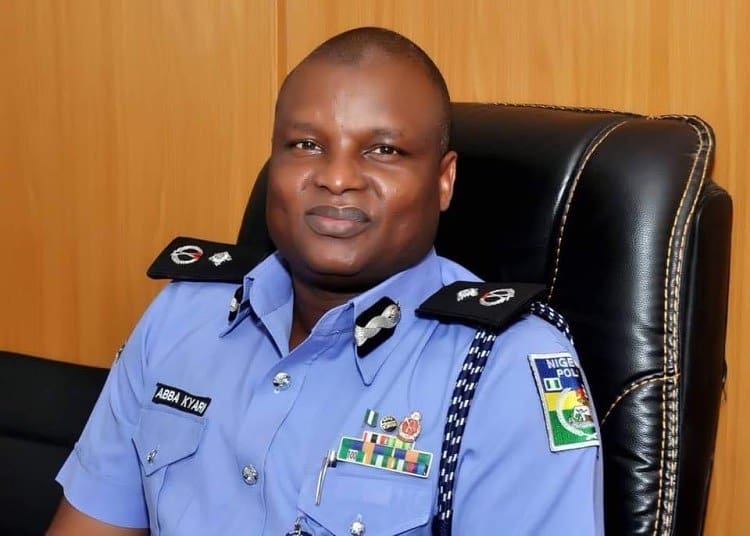 According to the US Department of Justice, a criminal complaint initiated the prosecution of Hushpuppi in February as court documents ordered unsealed showed that Abbas, a 37-year-old Nigerian national, pleaded guilty on April 20.

This elicited anger from Hushpuppi , who contacted Kyari to arrest and jail his rival over the dispute.

Hushpuppi said Kyari sent pictures of Vincent in jail and subsequently sent his bank account number to him to which a wire transfer should be made having done a good job.

The documents read in details:

“Court documents outline a dispute among members of the conspiracy, which allegedly prompted Vincent to contact the victim and claim that Abbas and Juma were engaged in fraud. After this contact, Abbas allegedly arranged to have Vincent jailed in Nigeria by Abba Alhaji Kyari, 46, of Nigeria.

“According to the affidavit, Kyari is a highly decorated deputy commissioner of the Nigeria Police Force who is alleged to have arranged for Vincent to be arrested and jailed at Abbas’ behest, and then sent Abbas photographs of Vincent after his arrest. Kyari also allegedly sent Abbas bank account details for an account into which Abbas could deposit payment for Vincent’s arrest and imprisonment.”

After the $1.1 million fraud was successful, Abbas spent $230,000 on a watch and also bribed officials at St. Kitts and Nevis for his citizenship of that island country

“Approximately $230,000 of the stolen funds allegedly were used to purchase a Richard Mille RM11-03 watch, which was hand delivered to Abbas in Dubai and subsequently appeared in Hushpuppi’s social media posts.

“Other illicit proceeds from the scheme were allegedly converted into cashier’s checks, including $50,000 in checks that were used by Abbas and a co-conspirator to fraudulently acquire a St. Christopher and Nevis citizenship, as well as a passport for Abbas obtained by creating a false marriage certificate and then bribing a government official in St. Kitts,” officials said.

Hushpuppi pleaded guilty to multi-million fraud earlier this month and faces up to 20 years in jail. (Read Details Here).

See screenshots of the documents below: 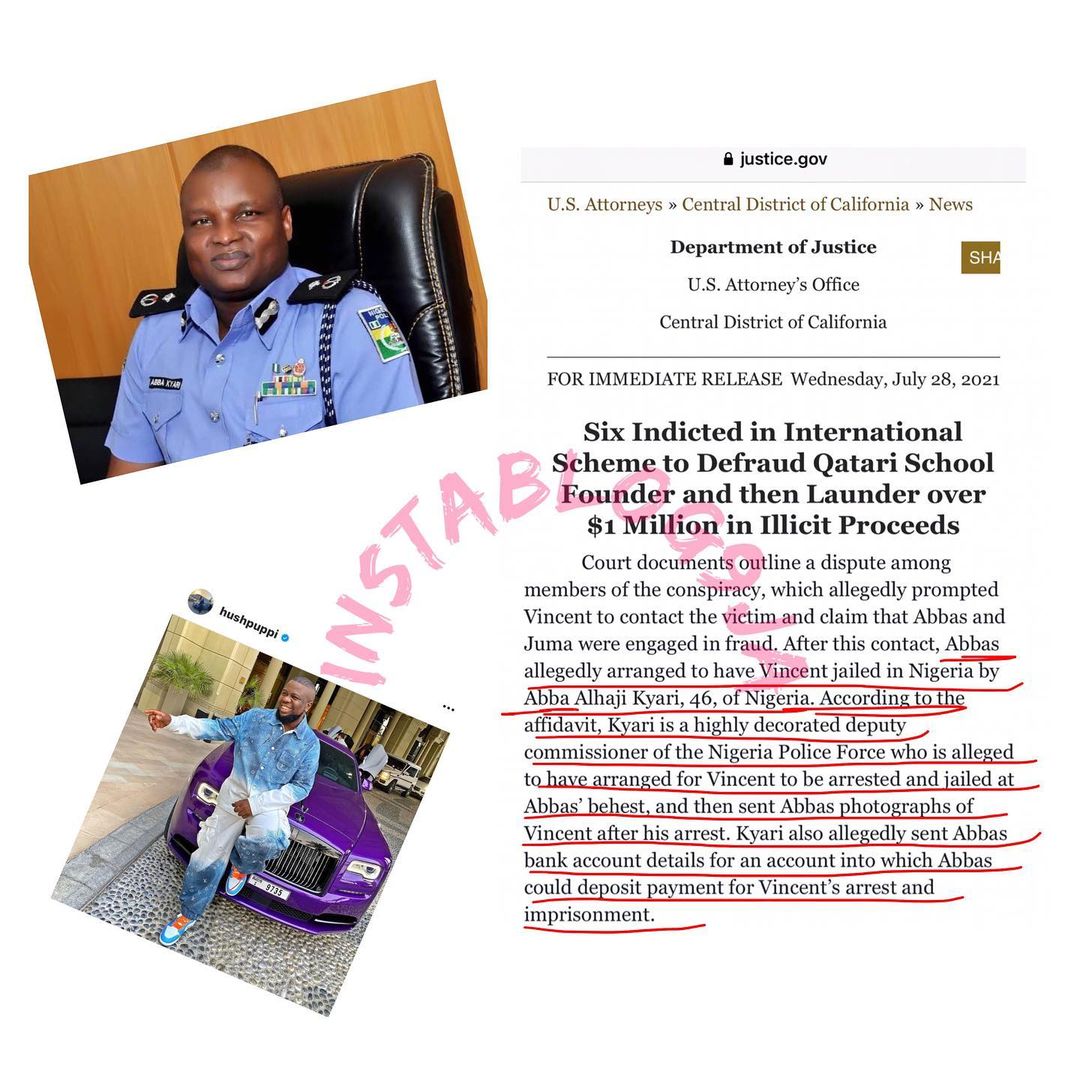 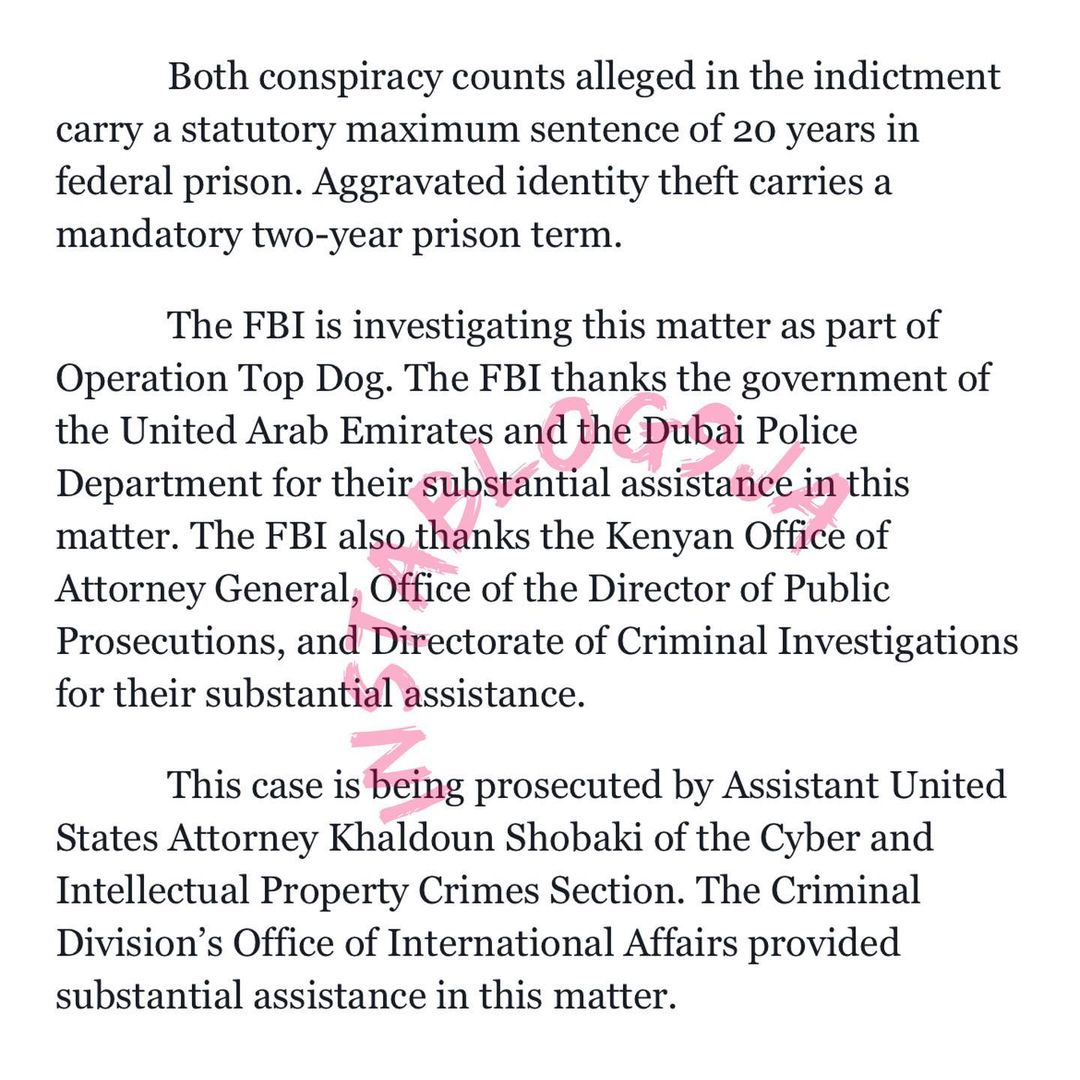 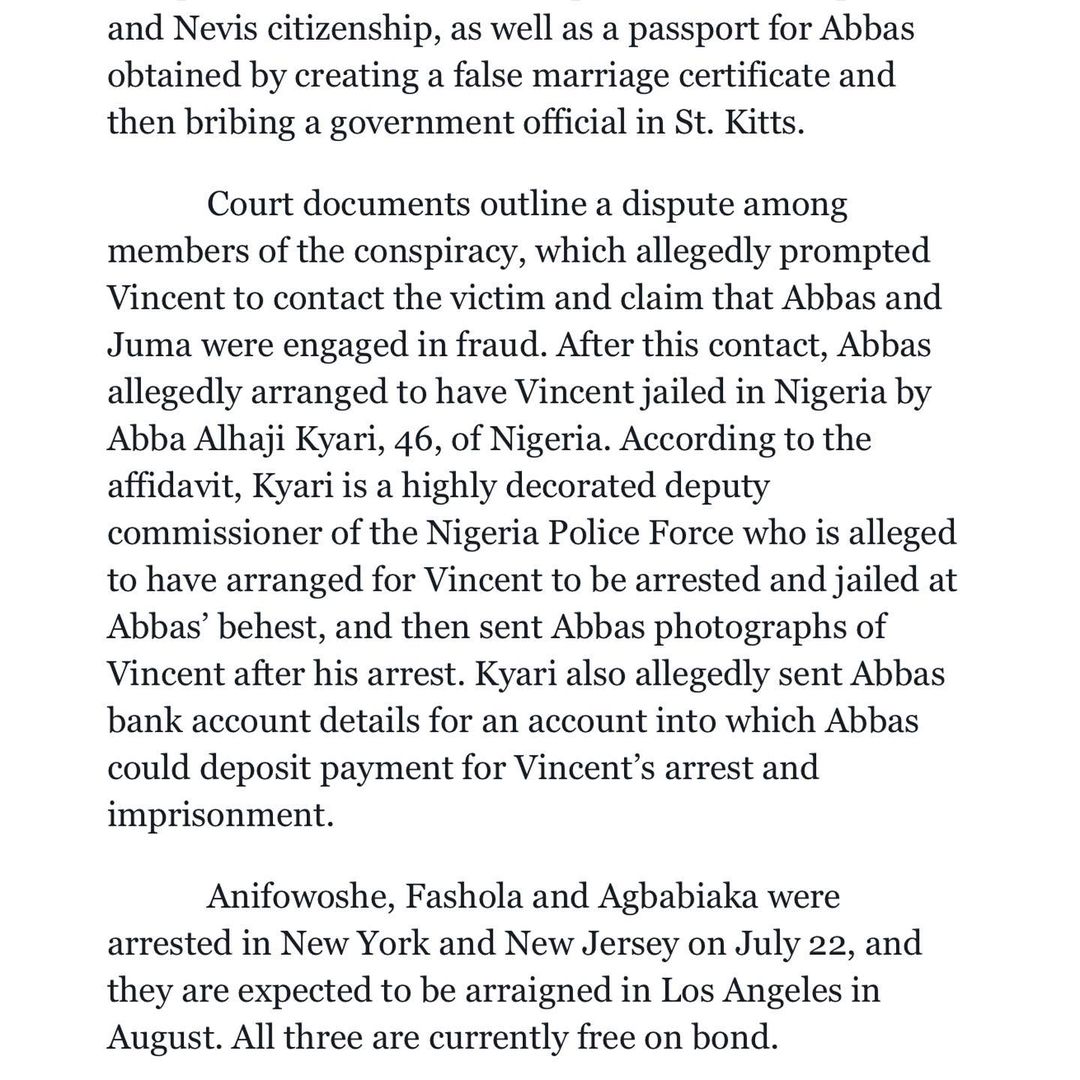 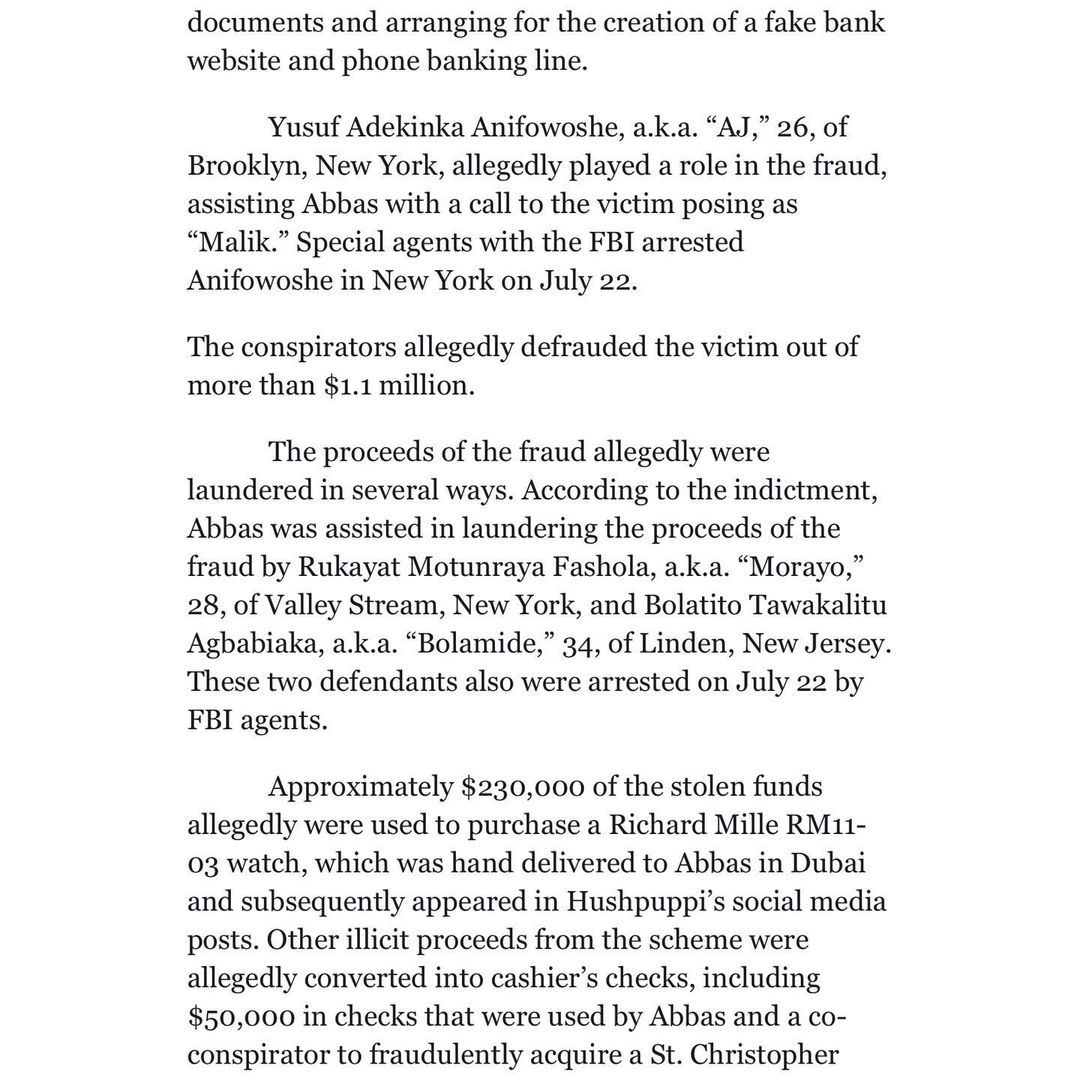 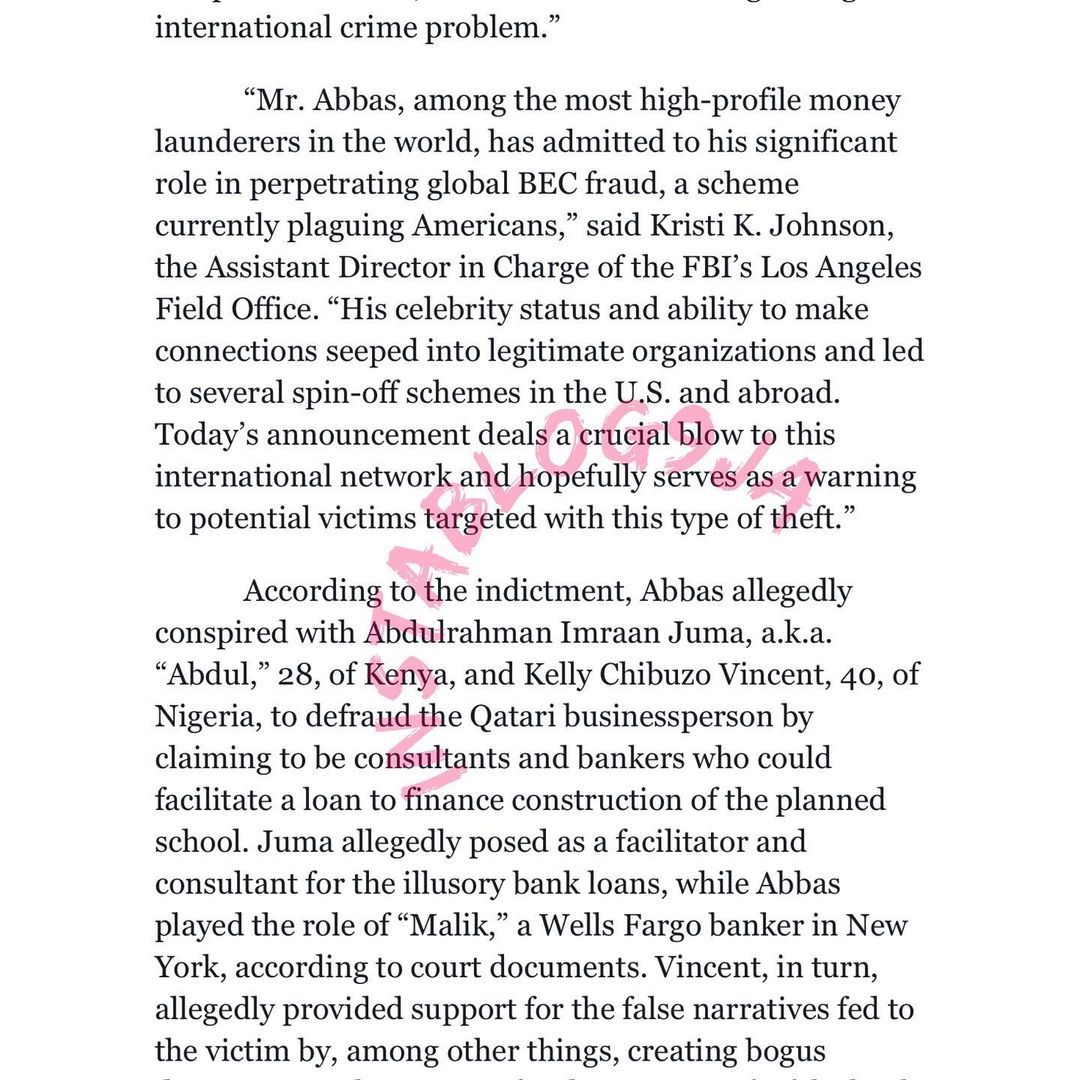 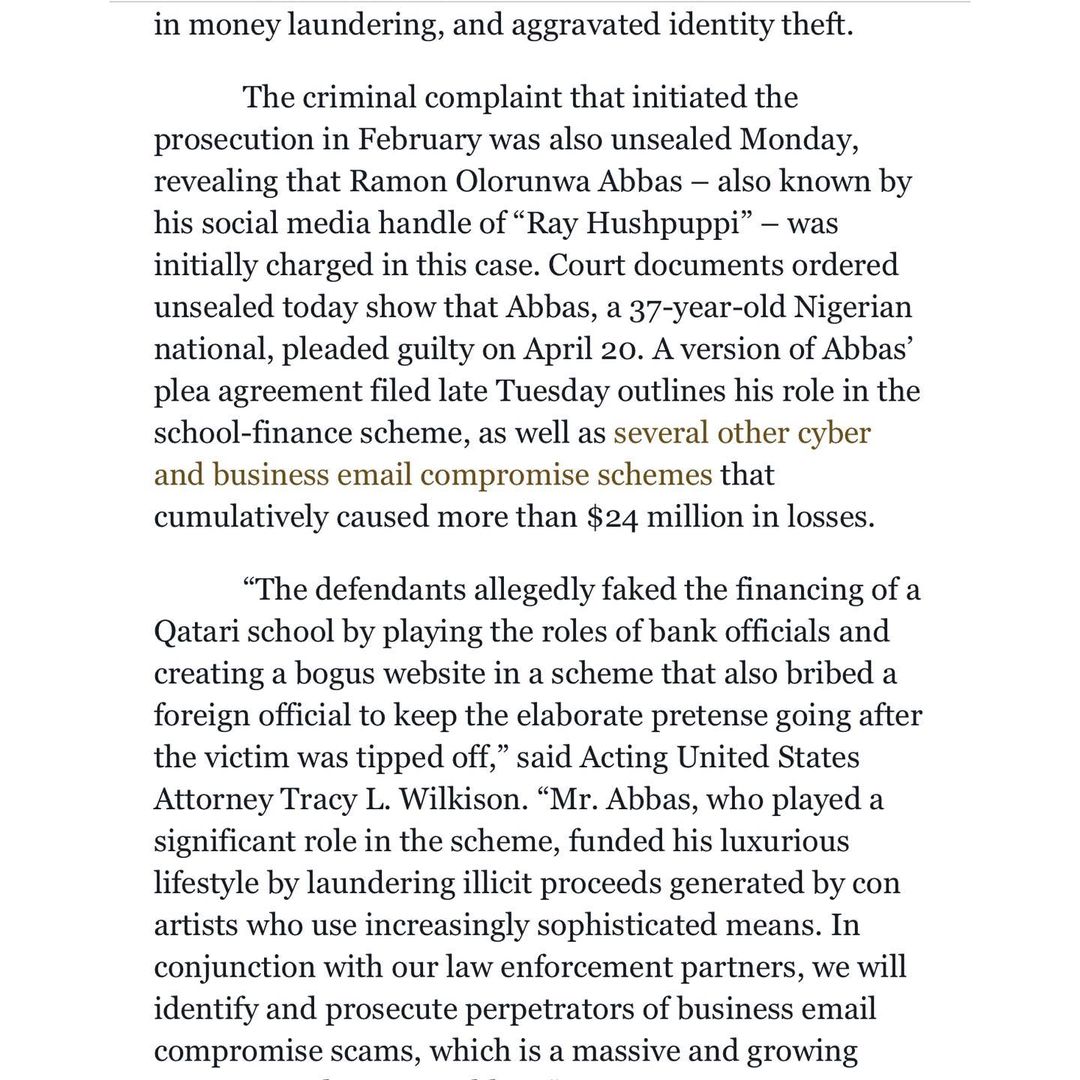 Violette - August 18, 2020 0
Nigerian music star, Wizkid, Davido and Burna Boy have all walked their way into the heart of former United States of America President, Barack...

#BBNAIJA: Ike Unfollows Mercy On Instagram As They Both Delete Their Pictures Off Their...

Violette - December 25, 2019 1
Seems the love between Mercy and Ike has reached it's later end as both reality stars unfollow each other on Instagram. With Mercy and Ike...

Violette - May 21, 2018 0
Big Brother Naija 2018 finalist, Nina has shocked her fans by announcing the her latest project to them on social media. Nina, who was known...