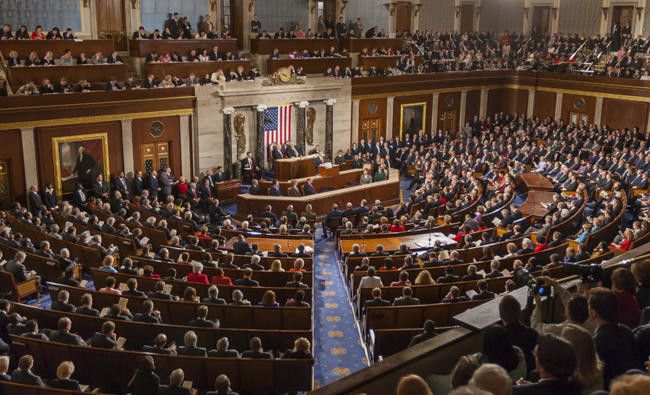 Some United States lawmakers have halted the planned sale of arms worth $875 million to Nigeria over concerns about President Muhammadu Buhari’s-led government’s human rights record.

But security sources have said the Federal Government was not bothered by the stance of the US lawmakers saying Nigeria had complied with all necessary agreement indices reached on a government-to-government basis with the US.


According to the report, the lawmakers’ opposition was based on President Muhammadu Buhari’s administration’s perceived human rights abuse and the #Endsars protests of 2020 that ended in crisis and banditry.
READ ALSO
Blac Chyna flashes underboobs in sexy new photos

The report said the behind-the-scenes controversy over the proposed arms sale illustrates a broader debate among Washington policymakers over how to balance national security with human rights objectives.

According to the report, despite the battle against Boko Haram insurgents, western governments and international human rights organizations are being critical of the Buhari-led administration over the Twitter ban, systemic corruption issues, and the invasion of Lekki tollgate by soldiers during the #EndSARS protest in October 2020

READ ALSO
“Wizkid is the Greatest of All Time” – Skales

Violette - November 8, 2020 0
Multiple award winning singer and songwriter, Ayodeji Ibrahim Balogun popularly known as Wizkid have opened up on the main reason why he named his...

Violette - December 16, 2019 0
Nigeria singer and songwriter, Azeez Fashola popularly known as Naira Marley has been asked to be arrested by police officers by a Chief Magistrate...

Paul Okoye of the P-Square group uses Instagram to declare there is no fire...

Johnson Olumide - February 17, 2020 0
One of the duo of the Twins Music Group has used their official Instagram Account to declare they got no police problem in their...

#BBNaija: “Tega loves me from the depth of her heart” – Tega’s husband, AJ...

Violette - September 11, 2021 0
Evicted Big Brother Naija season six housemate, Tega has continued to receive support from her husband, AJ Money, despite all these scandals surrounding her...