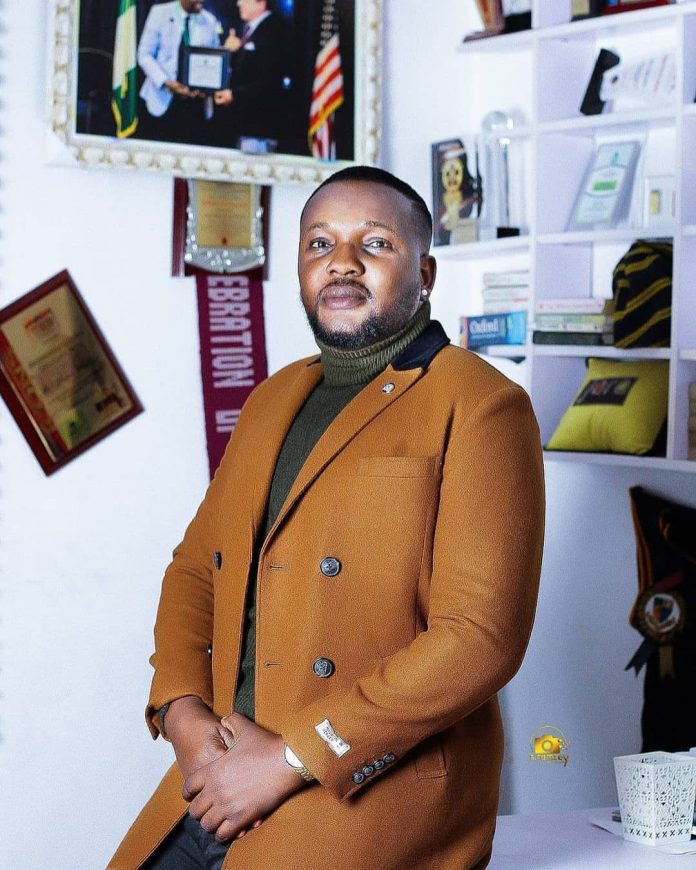 TAMPAN has suspended actor Yomi Fabiyi indefinitely for gross professional misconduct and unethical practices, this is coming days after his new film Oko Iyabo was released on youtube and drew a lot of societal criticism.

The embattled Yoruba actor, some days ago took to social media to reveal that no one can ban his new movie ‘Oko Iyabo’ despite the outcry from fans and top personalities on the movie content.

It would be recalled that Yomi Fabiyi became the talk of town some hours ago when he released ‘Oko Iyabo’, movie fans claimed is centered around Baba Ijesha’s alleged sexual assault case.

Top personalities in the industry have called out the actor for the movie with Bolanle Ninalowo one of the big names to criticize the movie and its contents. (Read His Thoughts Here).

Despite the ongoing outcry from fans and top personalities, Yomi Fabiyi has insisted that the new movie cannot be banned and will not be banned.

Yomi Fabiyi joins the long list of Yoruba actors/actress that has experienced the war hammer of TAMPAN in the past couple of weeks, other affected by TAMPAN suspensions include actress Iyabo Ojo and Nkechi Blessing, both of whom had tendered their official apologies to the association. (READ DETAILS HERE).

See their official Press release below. 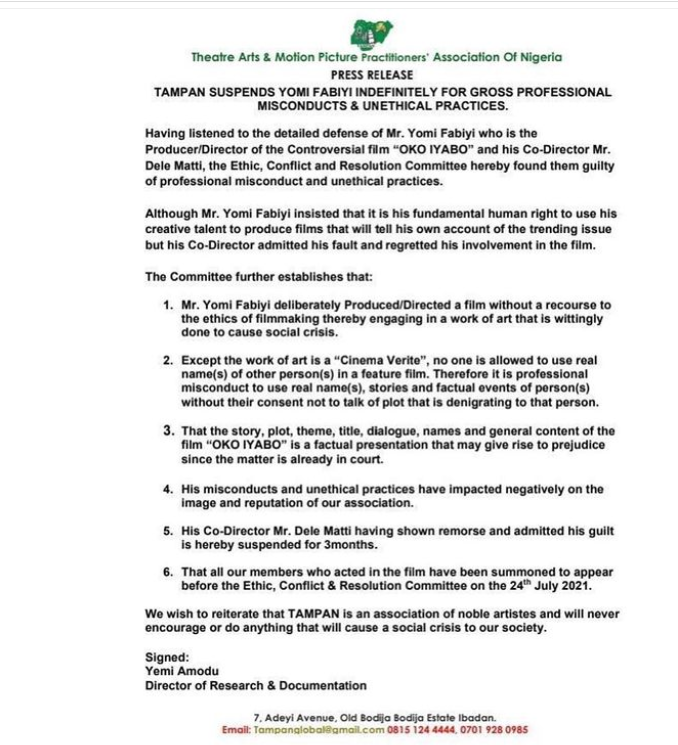