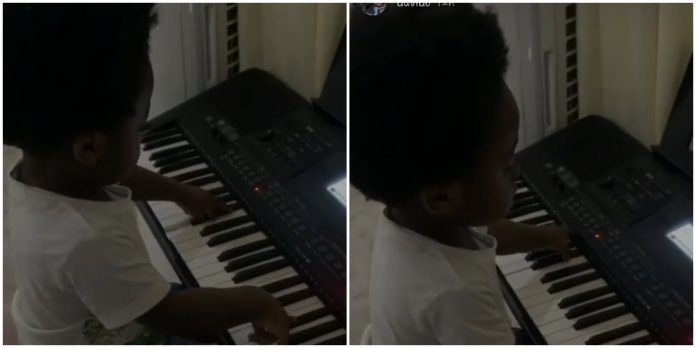 Multiple award-winning singer and songwriter, Davido seem to have embedded some of his talents in his son, Ifeanyi, who has started playing the piano. 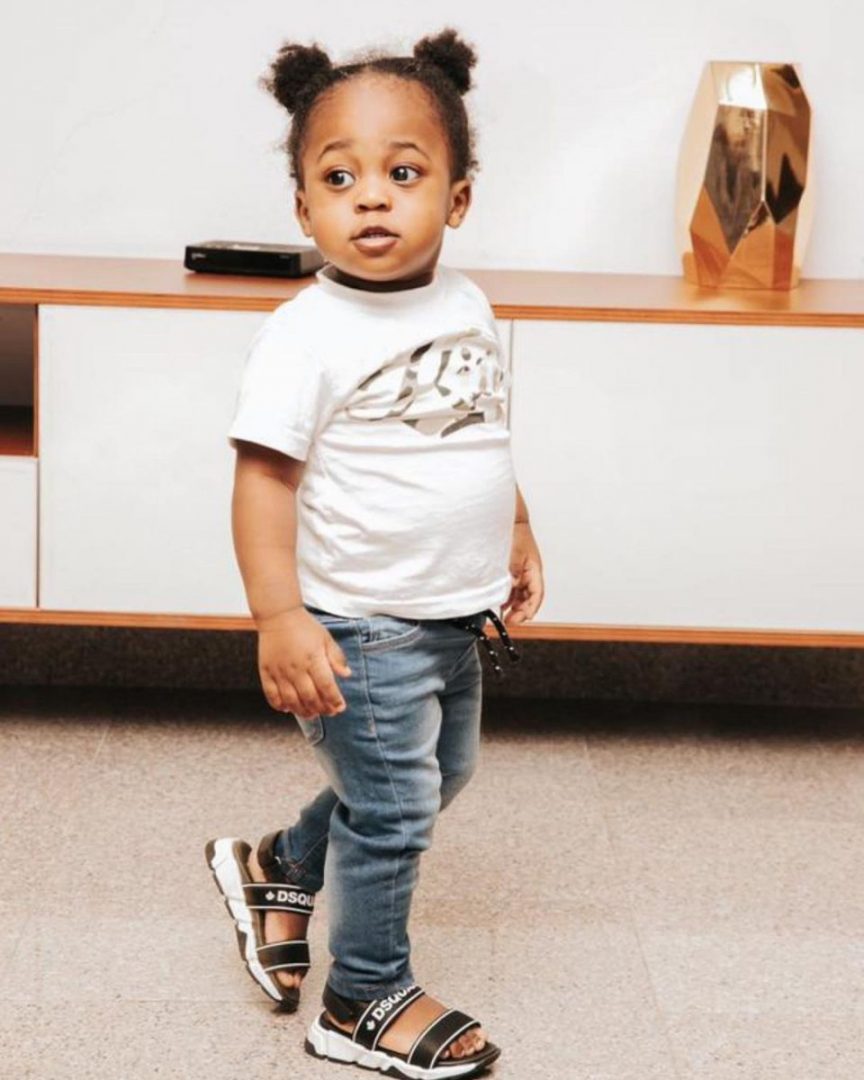 Davido is undoubtedly one of the greatest artists in Africa. He has been consistent ever since he came on board, dishing out hit tracks and albums.

The talented singer has been breaking barriers in the entertainment industry and he does not look like someone ready to rest on his laurels.

As fans and lovers of good continue to enjoy Davido, the next generation should be getting ready for his son, Ifeanyi, who is gradually making his way into the music world.

Davido some few hours ago took to his Instagram story to share a video of Ifeanyi showing the world how talented he is on the piano.

Ifeanyi in the video looked confident as he blesses the ears of his father with the piano sound.

All eyes will be on Ifeanyi as he continues to grow stronger and stronger. It won’t come as a surprise if he ends up in the music world like his father.

Ifeanyi is Davido’s first son and the singer third child. However, he has been having crises in his relationship with Chioma Rowland who happens to be Ifeanyi’s mother.

Davido and Chioma are reportedly living apart as things got heated when Davido was spotted hanging out with American model Mya Yafai. (Read Details Here).

Friend of Michael Okon’s Ex-Girlfriend Rains Curses on him, as he sets to wed...

Violette - June 1, 2018 0
Actor Michael Okon is getting married to his US based fiancee this weekend and his family, friends and colleagues in the Nollywood industry are...

Ifeoma Ngozichukwu - October 9, 2021 0
The ex-actress now turn musician announces the release of her new single on her Instagram page today along with new hot photos as she...

Johnson Olumide - February 17, 2020 0
Chloe Mafia, the former X factor contestant who was throw out at the audition for her lack of singing skills and has made her self more famous recently has she...

Violette - January 31, 2021 0
Popular Nigerian reality star Nengi has been gifted a sum of 15,000 Ghana cedis by her fan base in the West Africa country. It would...

Johnson Olumide - July 16, 2021 0
The grand finale burial of popular businessman Obi Cubana’s mother has started and it’s an event attended by top personalities in the entertainment industry. And...