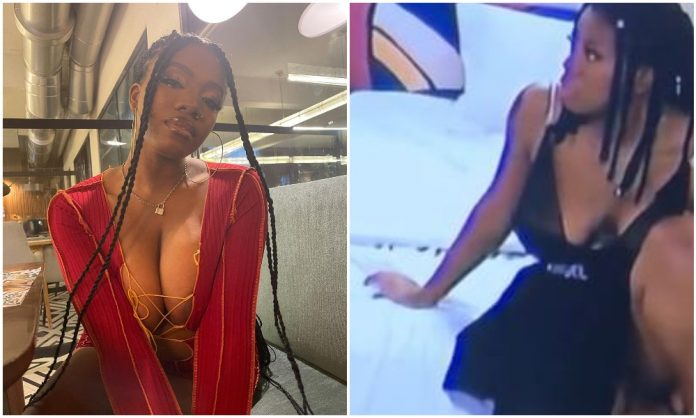 BBNaija season six housemate, Angel has got fans talking on social media after she was spotted scratching her privates.

Angel has become one of the biggest names in the ongoing reality show as her relationship with Sammie has always been under the spotlight.

The beautiful screen diva has continued to melt fans hearts with her friendship with Sammie and it wasn’t surprising when they smooch themselves during a jacuzzi party, (See Video Here).

With their friendship ship still sailing and fans hoping it’ll lead to something fruitful, Angel has been caught off guard in a new video that has gone viral on social media.

In the new video, Angel could be seen scratching her privates, a move that has got some fans worried.

See some of the reactions below;

That girl is so aware of what the viewers think, she has said it several times.