Home Entertainment BBNaija #BBNaija: Liquorose is over hyped, she is too boring, – Twitter user... 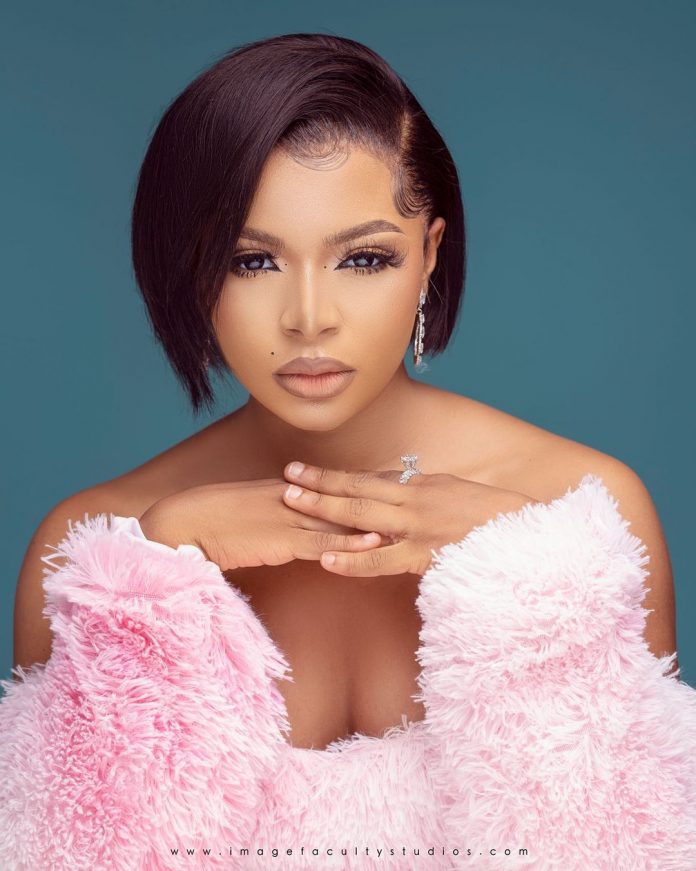 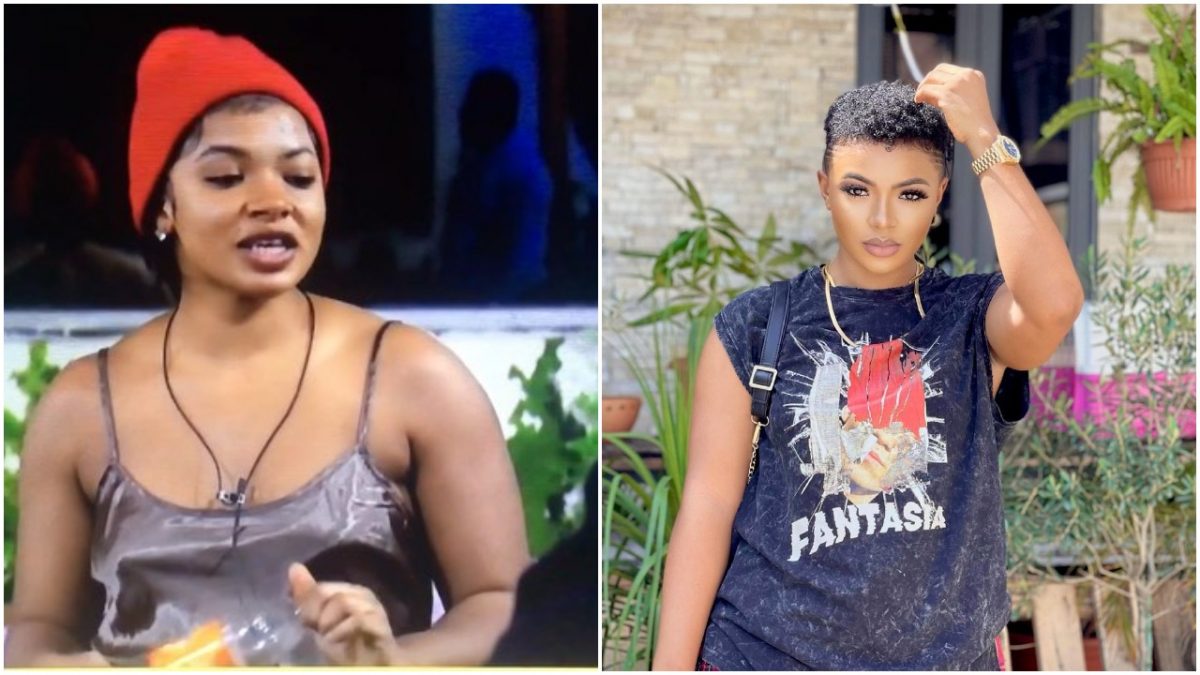 Liquorose is currently making a name for herself at the biggest reality show in Africa and her fan base have been consistent in showing her support.

The talented dancer some days ago broke a milestone on video and photo-sharing app, Instagram, as she hits one million followers on the platform, (Read Details Here).

Despite her achievements outside the show, a fan on micro blogging site, Twitter, has insisted that she has come into the show with zero content.

According to the Twitter user, Liquorose is getting all the hype because she has huge followers on her official Instagram account before appearing on the show.

“I’ll say it again, Liquorose is just over hyped all because she went to the house already having many followers on social media. She is too boring, 0 content.” 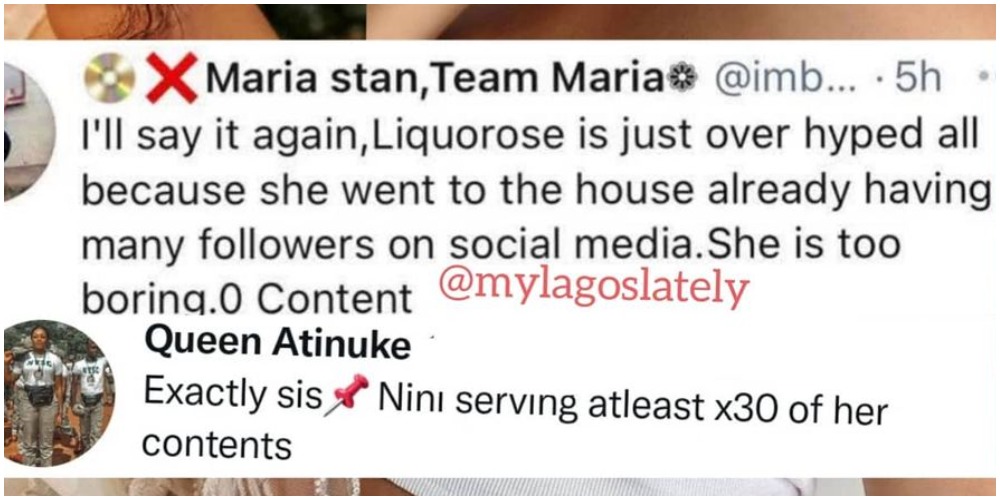 With Liquorose known for having a huge fan base outside the show, it’s left to be seen if the Twitter user will be attacked.