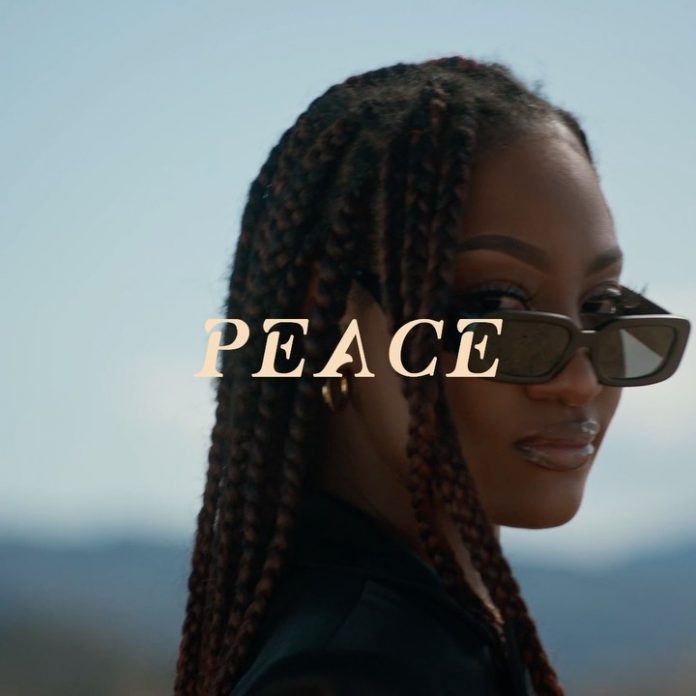 Nigerian singer and fast-rising female singer, Tems Baby whose real name is Temilade took to her social media page last night to subtly shade her ex-boyfriend Dubbygohard who confessed to cheating on her with her then best friend back in 2017.

Tems ex-boyfriend was on social media with his fans during a question and answer session in which one of the fans asked him if he had the opportunity to change a mistake he made, what would that be?

Dubbygohard in his response revealed that the mistake he would really want to correct or change would him cheating on Temilade (Tems) with her best friend in 2017, never knew the worth of my Gold until I lost it.

Tems on seeing the post reacted with a laughing emoji as she commented saying who is this guy? which meant tems is practically denying ever been in a relationship with him.

In other news, BBNaija Housemate JMK got social media agog and they couldn’t stop talking about her after she finally showed off her backside at Friday night Jacuzzi party. (watch video here).

JMK later in the day yesterday also revealed to other housemates that she really hope my family did not watch me yesterday, my father would be very angry (Read full Details here).

Ifeoma Ngozichukwu - October 22, 2021 0
According to some sources Tiwa savage has lost four endorsement deals with Cardbury, Glo and Pampers following the release of her sex tape. The popular...

Born-again Rapper Lynxxx Caught Smoking Like A Chimney At A Public Event In Lagos...

Violette - May 9, 2018 0
Nigerian rapper, Lynxxx who has proclaimed that he is born-again, has been spotted smoking at a public event. A video has show the moment Nigerian...

Johnson Olumide - December 20, 2019 0
Rita Dominic, One of Nigeria brilliant actress for over a decade now. downed this nice sey top and pair of cotton made trousers. isnt...