Home Entertainment Celebrities Actress Etinosa replies lady who trivialized her vow not to have more... 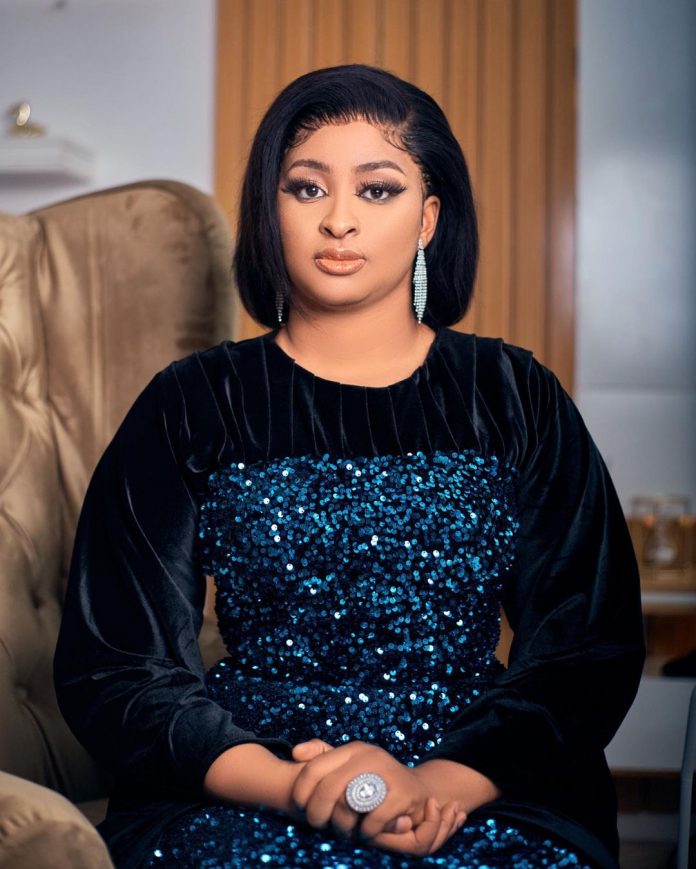 Nollywood controversial actress, Etinosa replies lady who trivialized her vow not to have more kids after losing her dad.

The Actress announced the passing away of her dad yesterday and it’s been all emotions for her as she revealed that won’t be having any more kids again.

Her post seems not to seat well with some social media users, as one of them replied by calling her out, saying she was the same person that preached celibacy and ended up having a child outside marriage and right now she is here preaching Hysterectomy before you know it, she will announce she gave birth to twins again.

The post got Rtinosa pissed off, as she replied that social media trolls should save the condolences for their own family members.

In other news, Former Ultimate Love reality star, Dr. Cherry claims, BBNaija Housemate, Emmanuel is faking his feelings for Liquorose, while also claiming he has a girlfriend outside (Read Details Here).

While an Instagram blogger alleges that Chioma is currently dating someone better than Davido (Read Details here). 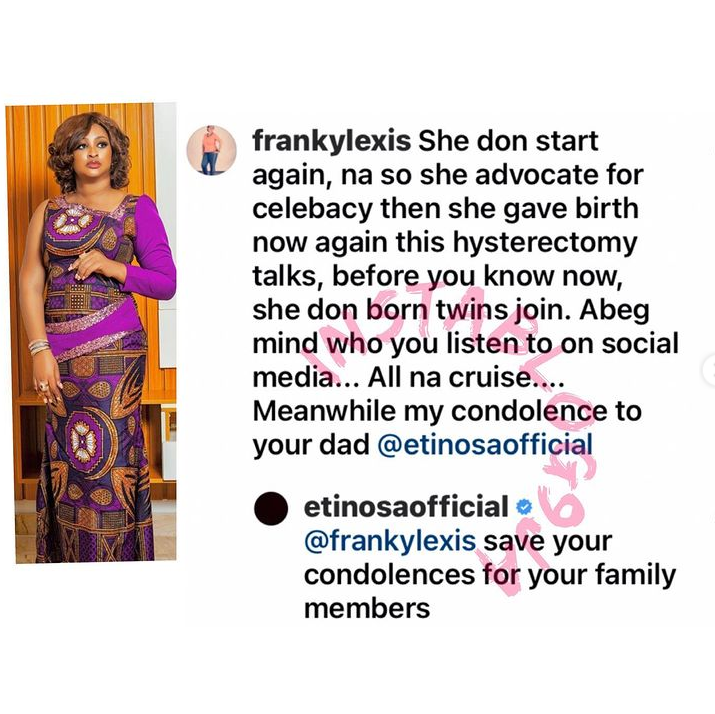