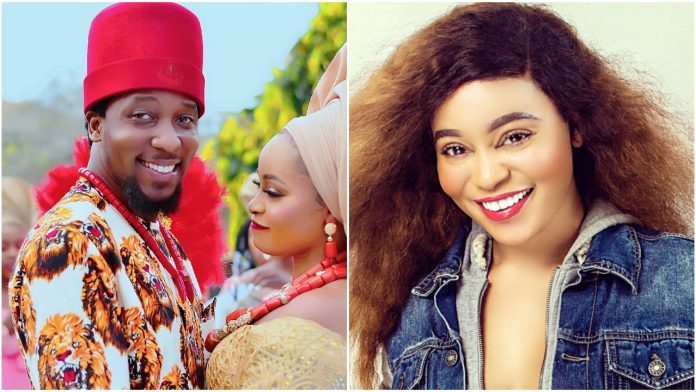 Reality TV Star, Chris Adah, speaks after being criticized for marrying a man 2yrs younger than her.

According to her, she doesn’t know what is wrong with people as she found a comment from her comment section, a troll without a face, no achievement tell her why it’s wrong for her to marry a younger person.

She also expressed that so it’s ok for women younger to marry a 64-year-old man, but it’s not ok for her to marry a man that is 2-years-old younger than her. Just because you saw me on TV doesn’t mean you have to pry into my private life.

In other news, BBNaija Housemate, Cross expressed early this morning that he doesn’t think Angel has ever worn any panties in the house, that he’s just glad she got evicted, if not he might have gotten intimate with her (watch the video here).