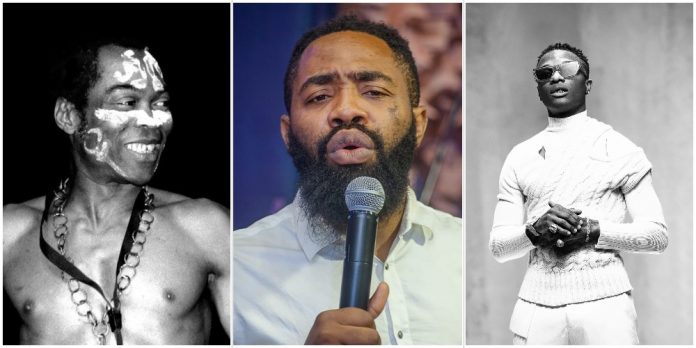 Popular Nigerian comedian and actor, Woli Arole has sent a strong message to music lovers across the globe, urging them to stop comparing Wizkid with the legendary Fela Anikulapo Kuti. 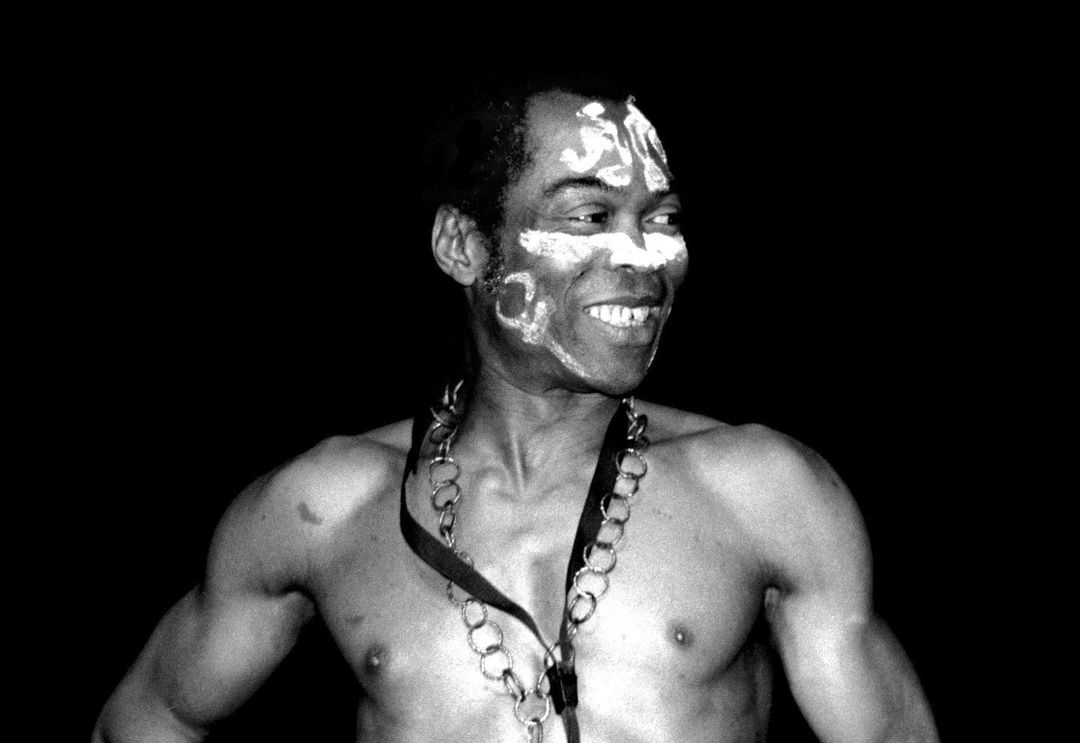 Wizkid is currently one of the biggest names in the music industry with the singer breaking barriers with all his projects.

The talented singer has become the talk of the town due to the achievements of his last album, ‘Made In Lagos’.

However, Woli Arole is more pleased that some fans have continued to compare Wizkid with Fela Anikulapo Kuti who is undoubtedly the greatest artist Africa has ever seen. 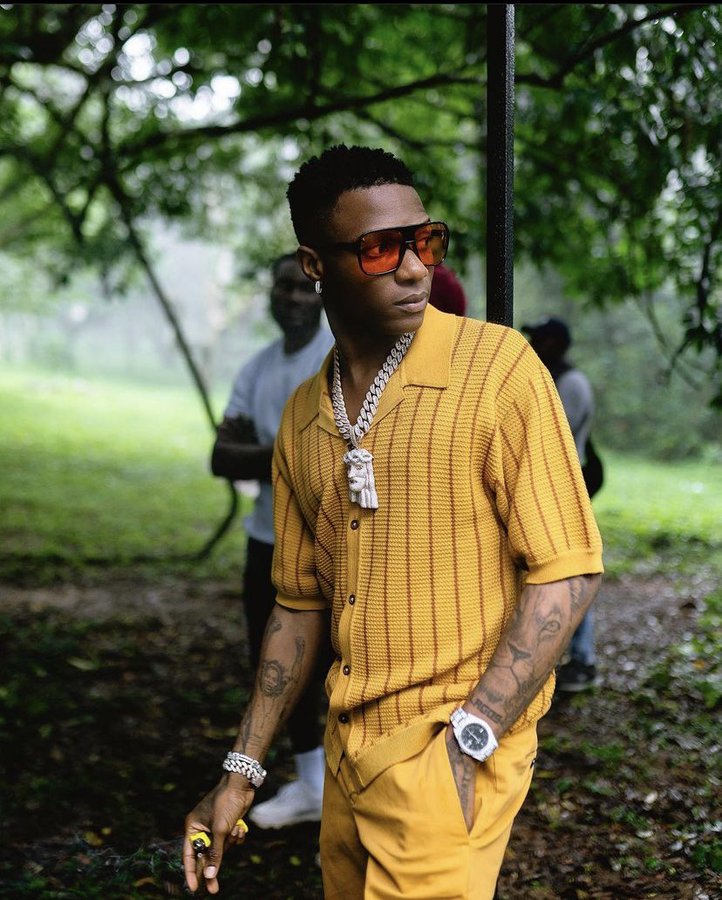 According to Woli Arole, when he was in London studying, his lecturer asked him about his country which he noted that it’s Nigeria.

Surprisingly, the lecturer inquired if he knows about Fela.

Woli Arole noted that Fela Anikulapo Kuti is being studied in universities abroad.

Please nobody should compare WIZKID and FELA around me ooooooo. When I went to study “Filmmaking in London” my lecturer asked me “Where are you from? I replied “Nigeria”. He replied “Do you know FELA?. Mo foh. Fela is been studied in Universities abroad. 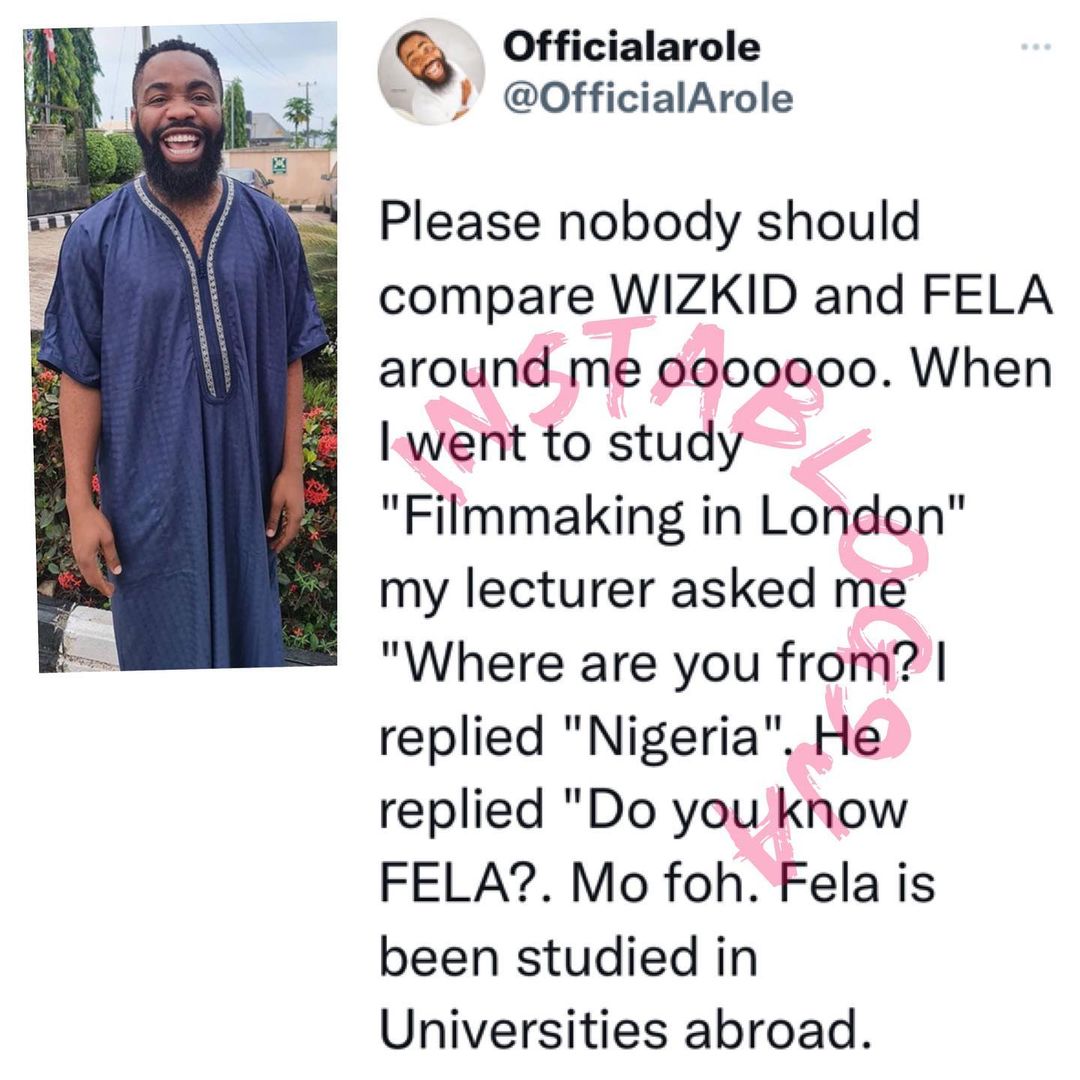 Woli Arole might have claimed that Wizkid should not be compared with Fela Anikulapo, but the singer has continued his good form in the entertainment industry.

Wizkid had his concert in Boston some days ago and it was a fun-filled moment for fans and lovers. He also shared the stage with Justin Bieber some days ago, (See Video Here).

Violette - May 3, 2020 0
Comedian and actor, Funny Bone has revealed how he was chased off the stage before he rose to stardom. Rising to the top in an...

Violette - September 14, 2021 0
Popular Nigerian comedian and actor, Woli Arole has sent a strong message to music lovers across the globe, urging them to stop comparing Wizkid...

Johnson Olumide - February 17, 2020 0
The Grammy Awards 2016 Nominees List has been released Yesterday and wow some really interesting nominations came up and some other People were snubbed...