Home Entertainment The Popularity of Electronic Dance Music – Its Development & Its Rise... 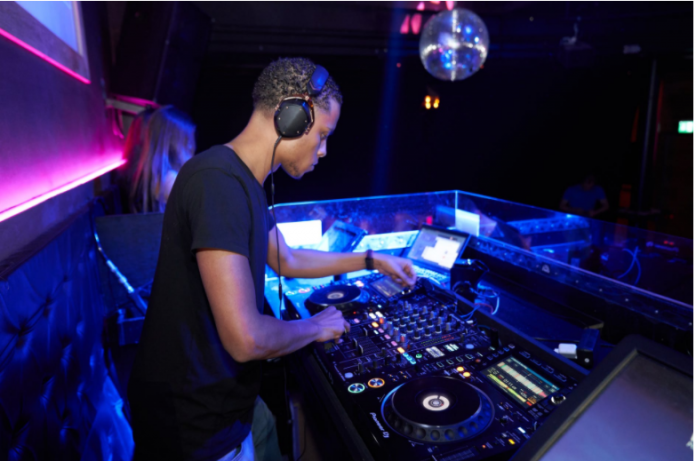 More widely regarded as EDM, Electronic Dance Music has risen and fallen in popular music over the years. DJs have monopolized the art form of creating customized beats, mixes, and remixes to appeal to crowds all over dance clubs.

While there have been some negative thoughts about EDM over the years, it has steadily gained quite a following. This is because the genre and style of EDM is actually a compilation of subgenres, taking on intended audiences who enjoy a house or rave music, dance, dubstep, drum beats, and even disco, as well as many others.

While it is imperative to know that all of these subgenres can fall under the category of EDM, they have also gone through changes and evolved to more progressive dance culture in more recent years.

EDM today is different in style and sound than what you heard back in the 1970s to the early 2000s, even though the movement was very prevalent then. In looking at the creation and development of this music genre, you can understand its appeal and how it has boomed in the last couple of decades.

The 19th Century was the first development of electronic devices to perform music, producing electronic instruments in the 1920s. These instruments allowed music artists to create compositions with electronic sounds. By the 1970s, Disco music was marked as the true beginning of EDM, with music aimed to have crowds on the dance floor and drum machines and electronic sounds for synthesized rhythms.

Some disco music recognized within the development of the EDM scene includes George McCrae’s song “Rock Your Baby” and Donna Summer’s hit “I Feel Love.” The song was written by Giorgio Moroder and Pete Bellotte, who went on to work with Daft Punk, significant influencers in the EDM movement. These first songs used synthesized elements, which led to the subgenre known as synthpop.

UNDERGROUND EDM IN THE 1980s

The 1980s paved the way for EDM to become popular in the post-disco era, where it was played and heard mainly in Europe. Drum machines and synthesizers dominated as music makers for DJs at nightclubs, music festivals, and what most people tended to associate it with – raves. Legal and illegal raves increased in numbers, with more subgenres like trance, techno, hardcore, and jungle popping up.

It was viewed as “underground” because even though it was evolving and attracting more listeners, many were opposed to the idea of “raving” because of its association with drugs like Ecstacy. However, even with that association, EDM became more innovative with the use of MIDI, which allowed the electronic instruments to work together and be transformed with a computer.

CONTEMPORARY EDM IN THE 1990s

Since techno and house music served as the prominent subgenre of EDM, they became the first recognized sounds of the genre in the 1990s. However, there were some breaks into the mainstream, and it was still heavily within the mainstream music industry in Europe, with raves growing in record numbers.

During this time, some of the popular songs were Orbital’s “Halcyon On and On” and Derrick Mayday’s “Strings of Life,” which are both widely recognized within the United States. Dubstep also emerged during this time, becoming the EDM of choice by many using sub-bass frequencies, and has also given birth to other subgenres such as 2-step, dub reggae, and more popularly today – grime.

Prominent basslines and fast tempos helped create popular EDM in the 21st Century, allowing the rave-associated “house music” to become more widely recognized. A new generation of music fans is going from hip-hop to a more hybrid mix of hip hop with trance, grime, dubstep, and more sub-genres, all that is part of the EDM movement.

Live Electronic Dance Music shows known as the electro-elite are finding their way to mainstream stages as well. Because the cost for touring DJs is low since they don’t have all of the traditional equipment most bands need, DJs are in high demand for live shows. As a result, there have been hugely successful EDM festivals such as Tomorrowland, The Electric Daisy Carnival, and The Electric Zoo, where people paid big bucks for tickets.

Electronic Dance Music has also seen big rises in pop music itself, creating significant moves to music licensing services that feature artists with a mixture of EDM and hip hop. Most people are familiar with famous musical artists incorporating electronic dance within the mainstream, with producers like David Guetta and Calvin Harris working with stars like Akon, Nicki Minaj, Rhianna, and Kid Cudi.

Even the queen Beyonce samples EDM in her hit from 2011, “Run the World (Girls),” sampling from Diplo and Major Lazor. The Weeknd has even taken it back to a more disco-era synthesized sound, reminiscent of the first sounds of EDM, earning him great recognition today.

Social media plays a significant role in the rise of EDM as most people know it today. However, the genre itself relies heavily on technology, so utilizing online platforms for marketing and sharing should come without surprise.

Many producers and DJs have educated themselves in more technically savvy programs and software to build and raise awareness for EDM. There are even new technologies online popping up to allow people to try their hand at DJ-ing from homes, such as Beatport, which provides digital music formats and tools.

With everyone using the internet these days, listening to EDM is easier than ever. Moreover, because it contains so many different genres in one, it offers something for everyone to listen to, contributing to its recent growth.