Home Entertainment BBNaija #BBNaija: Tega claims she has spoken to her Husband and also publicly... 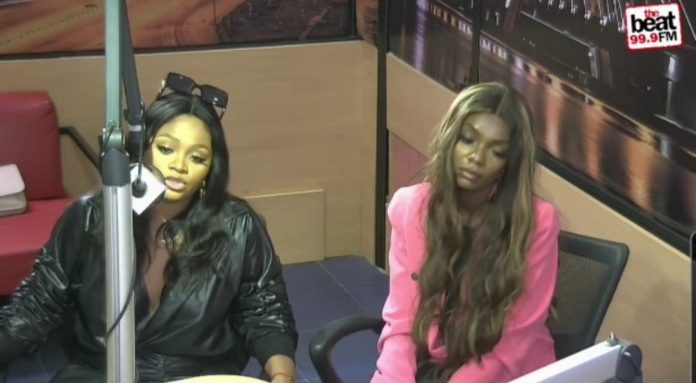 BBNaija’s controversial married woman who acted unscrupulous during her last days on the show in her latest interview with Beat FM has officially apologized to the Public and her Husband over her action.

According to Tega, she and Boma got carried away by the attention they gave each other during the show and that coming out of the house, they have realized that they pushed the button too far.

” We were enjoying the buzz from the housemates and we kept ongoing. Coming out from the show, we realized that we pushed the button too far and it exploded! I’m going to own up to my sh*t and tender a sincere apology to Nigerians.” she said.

When told that she might also need to apologize to her husband, the mum of one said

” Of course my husband… we have spoken and we are good.”

This, however, contradicts her husband who in an interview he granted on Monday, said he is yet to speak with her since she got evicted. (Watch video here).

During the interview with BeatFM, Boma was asked if he knew Tega was married and he responded ”Yes”.

When asked if he felt comfortable ”tapping the as*” of a married woman and flirting with her, he responded

When asked if he should have created boundaries knowing that Tega was married, Boma responded by saying everything about him in the house was just ”vibes”.

Watch the interview below.

Tega Dominic has been making headlines for a couple of days now all for the wrong reason, from her viral video of been caught on camera taking off her pants as she gets intimate with boma. (watch the video here).

To her claiming to her viewers that all that they saw on their screen was just her acting skills that moreover she misses her husband and that boma is just a friend. (watch the video here).