Home Entertainment Wizkid Essence remix with Justin Bieber peaks at No. 1 on Billboard... 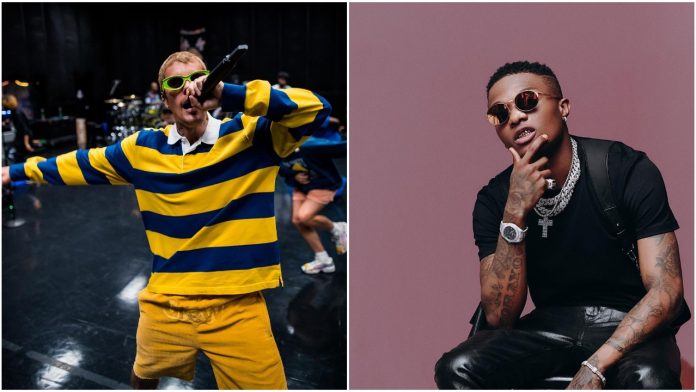 Nigerian Singer and Grammy Awards winner, Wizkid continues to raise the roof in terms of the standards his been setting in the music industry for the past decade.

Wizkid‘s summer jam, Essence is most definitely not stopping in achieving heights one wouldn’t have thought it would achieve about a year after its release.

Not long after it was announced that the remix to the hit song, which features Justin Bieber and songstress, Tems, was the most Shazamed song in the United States, the same track has hit the peak spot on the Billboard’s R&B/Hip Hop Airplay chart for the week of September 4th. 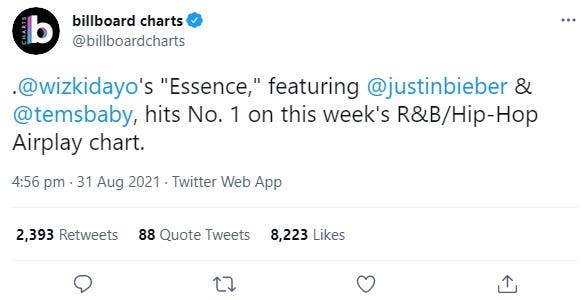 The official Billboard charts handle on Twitter, gave the update on their page in a tweet that reads,

Wizkid’s Essence has gained so much traction in different parts of the world and the track’s remix with international pop star, Justin Bieber which appears in the deluxe edition of the singer’s MIL album, has no doubt given it an influence like no other.