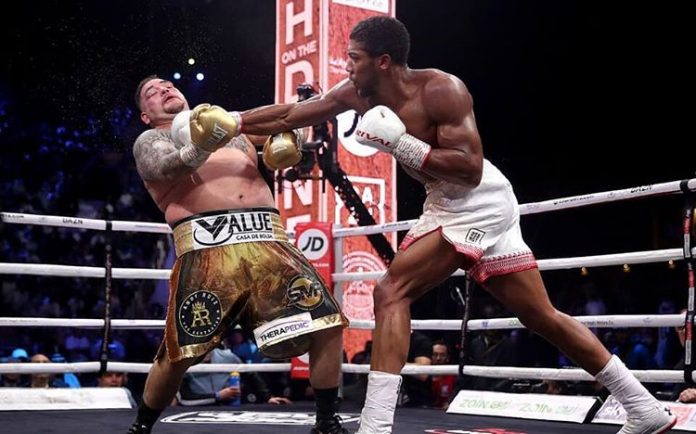 Anthony Joshua has triggered his rematch clause with Oleksandr Usyk, his promoter, Eddie Hearn has revealed.

The fight is expected to take place in March next year with Hearn claiming that the rematch will take place in Britain despite Usyk’s intentions to defend his newly won titles in Ukraine.

Last month Joshua was beaten by a unanimous decision as he faced Usyk at the Tottenham Hotspur stadium and lost his WBA, IBF, WBO, and IBO belts in the process.(watch video here).

Hearn said: ‘Today we officially triggered the rematch for Oleksandr Usyk fight, which we’ll see early next spring. Back in the game and we’re looking for him to become three-time world champion.

A few niggles in camp for AJ, Usyk had a bad cut, it’s officially triggered, we’ll sit down with K2 Promotions and I think March is when you’ll see that fight.

In other news, Tiwa Savage’s ex-husband, Teebillz welcomes a fourth child with another woman (See photos here), Meanwhile Teebillz’s ex-wife, Tiwa Savage has been caught at a crossroad as she revealed that she’s set to be blackmailed.

According to the singer, her current lover shared their sex tape on snap, and despite deleting it, someone got the tape and is trying to use it against her (See Video Here).