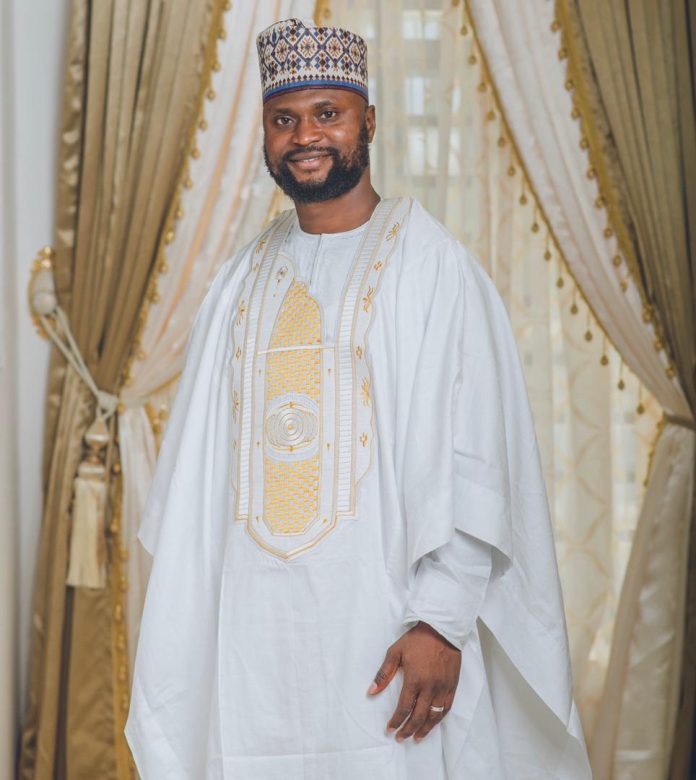 He had his youth service at Ogun State in the year 2009/2010 where he served as a Site Engineer at Office of the Governor, Bureau of Electrical Engineering Services Oke’Mosan area of Abeokuta, Ogun State, Nigeria.

Ibrahim left for the United Kingdom for his masters’ program after he concluded the National Youth Service Corp (NYSC) program in the year 2010 where he studied Digital Visual Effects which was spurred due to the love he had for movies. He concluded his Masters program with a distinction to his profile.

READ ALSO
I Already Cut Off My Manhood - Bobrisky reveals

He started his early career life with the Information and Communication Technology Agency, Edo State working with the Website Unit from the month of September 2012 till June 2016.

During the period under review, he was entrusted with providing detailed services in planning, designing and building of Edo State official web platform and a few other technical task related to the website, in charge of creating graphics for the agency, supported the Unit in content management and he actively engaged members of the unit in taking decisions and execution of task.

Ibrahim Shamac’s passion for business was developed right from childhood as he grew to see his parent as business owners, and he overtime assisted carefully in growing his parent business while he was a teenager. He ended up specializing in movie and crypto-currency trading. He holds on high esteem Kunle Afolayan, he finds him as a energetic and passionate individual who is dedicated to his work and finds his achievement a highly commendable feat of success.

Ibrahim is highly motivated and determined to achieve a great stride of heart breaking achievement in the movie industry, to start with, he plans to expand his scope of operation of his movie production and crypto-currency trading business.

He has produced hit movies which one of it was named ‘’African Messiah” which starred movie stars like Nadia Buhari, Darlington Achakpo “Speed Darlington” Temidayo Omoniyi “Zlatan”, Nosa Afolabi “Lasisi Elenu” Charles Okocha and many others.

Ibrahim is a great Philanthropist who always have the people at mind. He has also promised to donate 20% of the revenue generated from box office of the movie tittle Africa Messiah after tax to the less privileged.

Bobrisky Goes Under The Knife As He Pleads To Nigerians To Pray For Him...

Violette - November 24, 2019 0
Popular Nigeria cross-dresser, Bobrisky has shared a video of himself as he's set to have a surgery. Bobrisky who is currently in Dubai with his...

Violette - November 9, 2020 0
Popular Nigerian author and lawyer, Reno Omokri have voiced out his frustration on the treatment received by Kannywood actress, Rahama Sadau, over a backless...

Johnson Olumide - February 17, 2020 0
Kim Kardashian and her Sister Kourtney Kardashian shared this Gothic pics on IG. both sisters where looking so hot in a black tight leather...

Simi Reacts To Being Compared With Teni, says ‘We Can All Shine Together’

Johnson Olumide - March 21, 2020 0
It has always been a norm for music lovers to try to compare two or more of their favorite musical artist to get others...