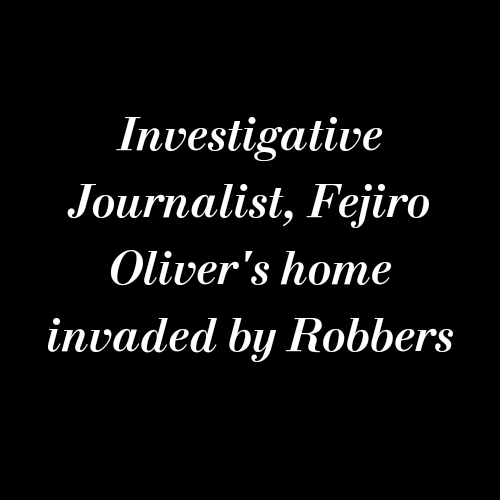 Investigative Journalist, Fejiro Oliver narrates how he was robbed at gunpoint in the early hours of the morning.

According to him, the robbers carted away with his TV, Golden rings, Jewelries as well as his money which was taken through a POS machine using his ATM card.

The Journalist later added that he was pained about the whole situation but at the end of the day nobody was hurt.

He later went further to reveal the reasons why he shared this information with Nigerians, stating he doesn’t have money to give anyone now as he is trying to replace all that was stolen and that if anyone needs money he is not currently available to help.

People have taken to his comment section to sympathize with the Journalist.

In related Content, Burna Boy reveals he will marry anyone that gives him a sweet dish of Port Harcourt Bole and Fish (watch it here)

Johnson Olumide - June 25, 2021 0
The Big Brother Naija Reunion show aired last night and every new day another drama and this time around lead to a physical fight...

#BBNaija; “I’ve been celibate for 7 months” – Saskay opens up on her sexual...

Violette - July 30, 2021 0
BBNaija season six housemate Tsakute Jonah popularly known as Saskay revealed that she has been celibate for the past seven months as she opens...