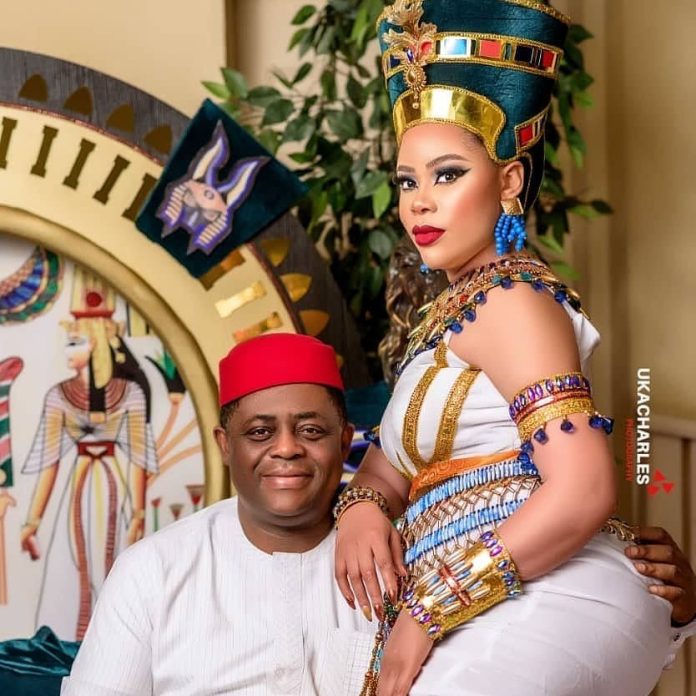 The Ex-Wife of the Former Minister, Femi Fani Kayode opens about their failed marriage in a recent interview.

The beauty queen, Precious stated that she had the most violent experience ever. According to her, she experienced a lot of domestic abuse.

She was beaten by the ex-minister as well as mentally tortured and locked up in the room.

She went further to add that a lot of people had to intercede in their marriage because it was becoming too toxic.

The beauty queen revealed she was begged by the Dansukis, Nnamdi Kanu, and some of his other acquittances.

When asked about where her kids are Precious stated that they are with her ex-husband, Femi Kayode and since August last year she hasn’t set her eyes on the children.

She revealed she wants her children back, claiming she doesn’t hear from them or even know the school they attend.

Recalling earlier that the two separated after she was allegedly beaten up by the ex-minister who claimed that she was having an affair.

This revelation has caused lots of reactions online.

Talking about domestic violence, Actress Chioma Chukwuka Akpotha takes to the street to support the fight against sexual violence (watch it here)

“I shall cherish this moment for many years” – FFK Elated As Ex-Wife, Precious Chikwendu Visits His Home After 2 Years Of Separation