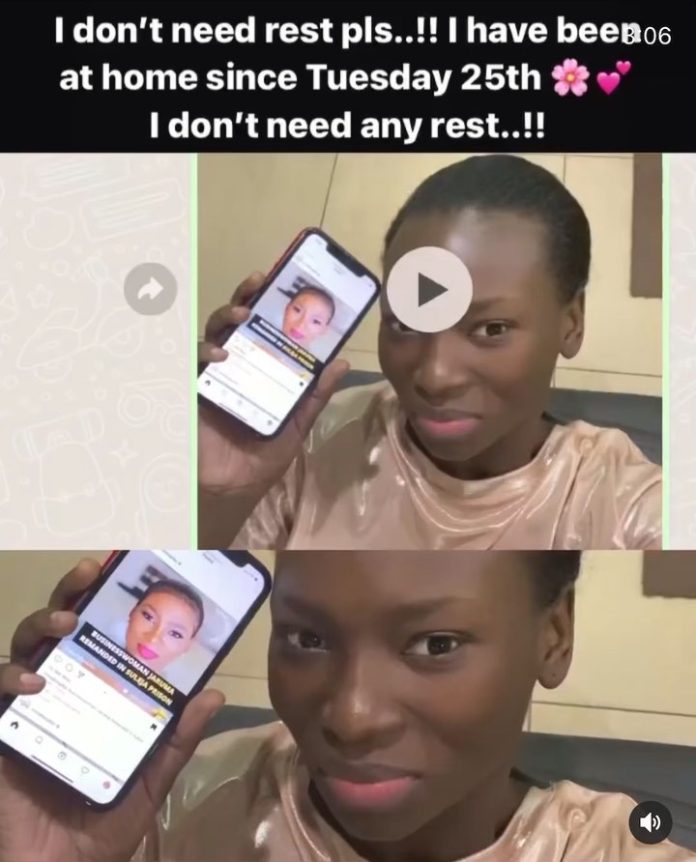 Kanyamata seller Jaruma has once again shared another video showing proof that she has been released since Tuesday despite what the public has been saying.

The controversial businesswoman in the video said she made the recording on Tuesday and sent it to a few people on WhatsApp so it can show the timestamp.

While many people were rejoicing at her situation thinking she was in Suleja prison/cell she has been at home all the while.

She also used the opportunity to mock all her haters who said they thought she had connections and that her products work, well she said they worked and still work and yes her connections in high places came through for her.

Recall that earlier today, the aphrodisiac businesswoman was granted bail at an Abuja court after she was arrested earlier this week by the Nigerian police over defamation of character of Nigeria’s billionaire, Ned Nwoko, and his family which includes actress Regina Daniels.