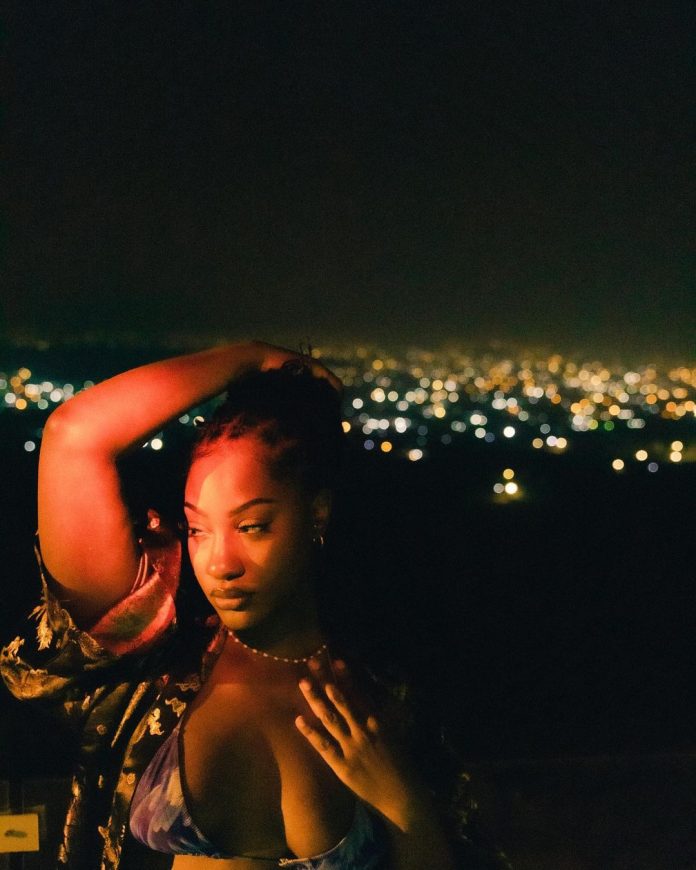 Nigerian music sensation, Temilade Openiyi aka Tems baby left her male fans salivating for more after sharing these new sultry photos of herself while on vacation.

Tems in the photos she shared on Thursday showed off her cleavage. The 26-year-old shared the photos on Twitter without a caption.

Admiring the singer’s beauty, fans took to Twitter to profess love for her.

Meanwhile, Davido’s Aide and Logistics manager was caught on camera pouring an alcoholic drink on the ground while making a covenant in the process as he declares that may he die, if he fails to take a bullet for Davido in critical moments of life and death. (watch the video here).