Home Entertainment Celebrities Let me die if I fail to take a bullet for my... 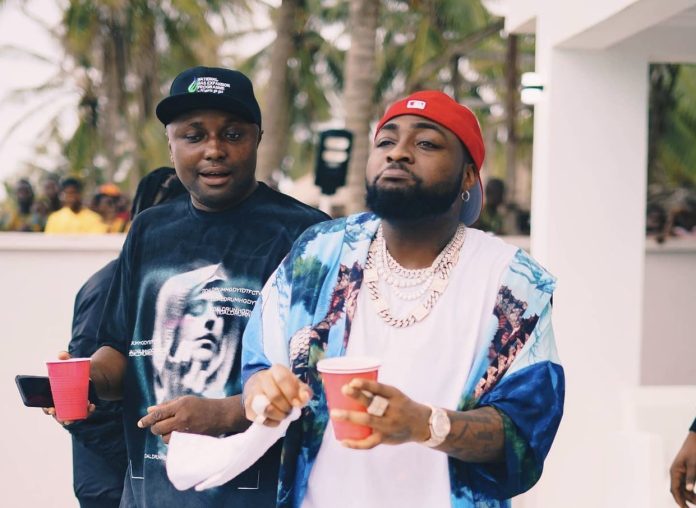 Davido’s aide and logistics manager, Israel is back at his usual self again after his suspension was lifted by Davido late last year.

Recall the ever hyperactive aide to Davido made some uncalled for comments regarding sensitive issues on social media last year, which got Davido angry hence placed him on indefinite suspension.

In a new video making rounds on social media, Israel could be seen on camera pouring an alcoholic drink on the ground while making a covenant in the process as he declares that may he die, if he fails to take a bullet for Davido in critical moments of life and death.

In other news, Kanyamata seller, Jaruma has been granted bail after spending 4 days behind bars. (read it here).