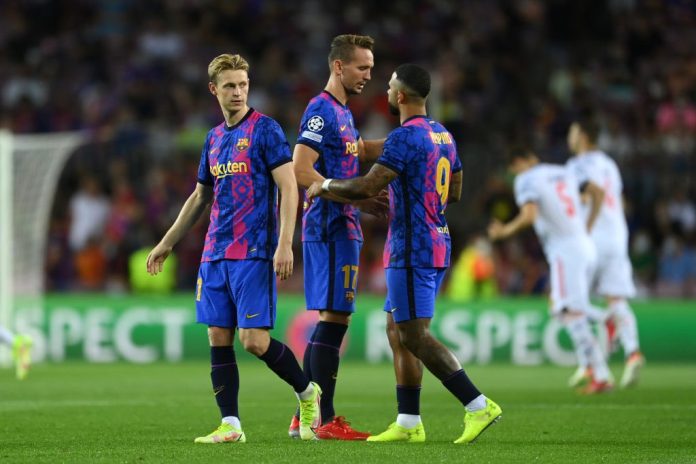 Luuk has managed to get himself from the transfer list. The player is scoring goals, but not only that. Xavi is very pleased with his attitude and adaptation to the team as well. Xavi now wants him to stay, while an exit will be sought for Memphis Depay instead.

The Dutchman has scored 3 goals in 3 consecutive games while Depay who just returned from a month-long Injury has been firing blanks for over 2 months now.

He’s yet to score a single goal under Xavi as Barca coach, meanwhile, another player who hasn’t also started many games under Xavi is the United States right back, Sergio Dest who according to reports might be loaned out in the coming days.

Dani Alves since returning to the Club in December has automatically taken over the right-back Position since the new year.

In other news, famous evangelist, Funmi Adebayo Aka mummy G.O in her recent sermon revealed that saying HELLO is demonic and its a sin (watch the video here).

Violette - November 10, 2019 0
Nigeria Disk jockey, Dj Cuppy is launching her own cocktail as she took to her Instagram timeline to post a video showing a sneak...

Johnson Olumide - June 12, 2020 0
June 12 has forever left its prints in the sands of time in the Nigerian history as a movement to liberation from a forceful rule...

Johnson Olumide - March 21, 2020 0
Media personality and author, Toke Makinwa shared some photos of herself wearing a black see through top revealing her cleavage. See below;

Khloe Kardashian and Tristan Thompson reportedly calls off their relationship

Violette - June 22, 2021 0
Khloe Kardashian and Tristan Thompson have reportedly called off their relationship, according to an exclusive report by @tmz_tv. The two reportedly ended their union shortly...

Violette - November 5, 2020 0
Big Brother Naija 'Lockdown' winner, Laycon have continued his good rise to fame as his EP 'Who is Laycon' hits a staggering 10 million...