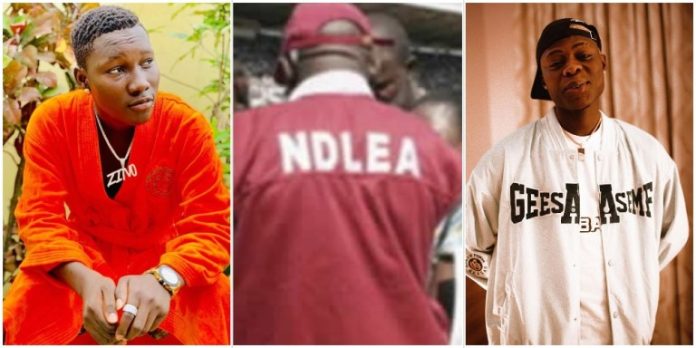 Nigerian singers, Mohbad and Zinoleesky have been arrested by the National Drug Law Enforcement Agency (NDLEA) along with some of their crew members.

Mohbad and Zinoleesky crew members could be heard anting as they continued to live to stream the incident on video and photo-sharing-app, Instagram.

Reasons for their arrest are yet to be official, but looking at the nature of the arrest, it’s most likely similar to that of Instagram comedian De-General which happened some weeks ago.

De General was following the raid of a notorious drug joint at Orchid Estate, Lekki area of Lagos State.

He was eventually paraded by the law enforcement agency revealed why the comedian was arrested.