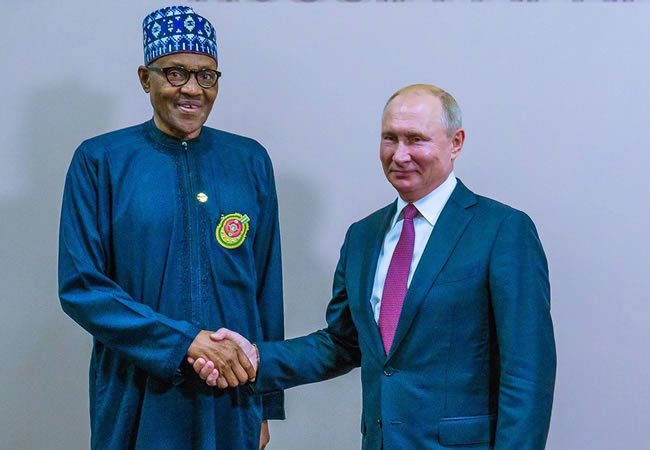 The Federal Government has urged Russia to withdraw its troops from Ukraine and embrace diplomatic measures in resolving the current cr!sis involving both countries.

Minister of Foreign Affairs, Geoffrey Onyeama, made the appeal in Abuja on Friday, February 25, after a meeting with the envoys of the G7 countries in Nigeria.

Onyeama said Nigeria does not condone the approach of aggression by Russia, calling on Russia to pull back.

According to him, “Peace and diplomacy to be prioritized by both sides. We support every effort being made to stop the aggression and Russian troops to return to Russia.”

Russia’s President, on Thursday, February 24, declared war on Ukraine as he announces a military operation in eastern Ukraine’s Donbas region.

In a televised announcement that aired just before 5 a.m. Kyiv time, Putin said that NATO was threatning the existence of Russia and that to protect it, he is sending Russian military into Ukraine.

According to AFP, shortly after the announcement, explosions were heard in Ukraine’s capital, Kyiv, and several other cities.

Following the “recognition,” the Kremlin-installed leaders of the occupied areas of eastern Ukraine requested that Russia provides military protection from the supposed attack of the Ukrainian army, of which there has been no evidence.

Ukraine’s Foreign Minister, Dmytro Kuleba, who confirmed the attack in a tweet, said that a full-scale invasion was underway.