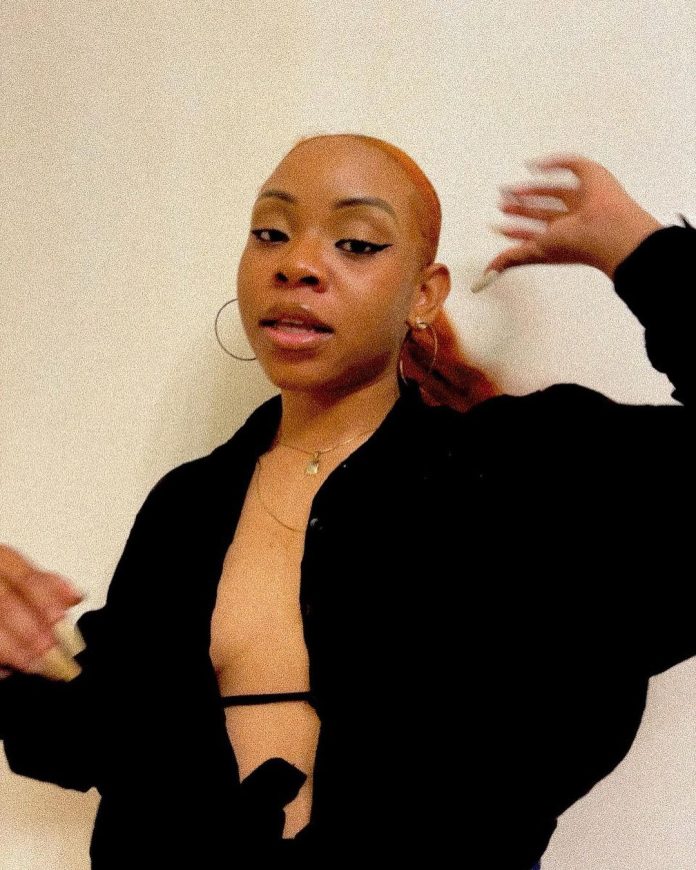 Who is FAVE in Nigeria?

Fave SZN is a Nigerian singer and songwriter (born on March 13, 2000). She is one of many outstanding artists who have harnessed the power of social media to propel themselves into the limelight.

She rose to prominence after a verse on a free beat produced by Jinmi Abduls became an internet celebrity, particularly on Twitter. Before its publication, the viral freestyle, which tackled love issues, became an instant success.

She was highlighted in the magazine TheNativeMag as a result of her achievement. She is from the southeastern area of Nigeria and has a perspective on Igbo young people.

Fave SZN, who has a good voice and tone, joined the choir when she was a child to serve the Lord and develop her talent. After a few years, she had honed her skills as a reasonable entertainer and started writing songs.

The real name of Fave SZN is GodsFavour Chidozie.

Her parents reared her and her siblings with strong Christian faith, and they didn’t hesitate to support the bar whenever it was in danger.

She was aware of a massive stack of modern music and afrobeat melodies as a small kid growing up in southern Nigeria. Asa, Nicki Minaj, Beyoncé, Tiwa Savage, and Rihanna, among others, have acknowledged her style of music to them as inspiration.

Fave, a Nigerian singer, and composer began singing when she was just six years old. During events and after-school hours, she started writing songs and performing her favourite tunes for her classmates, friends, and family.

After flourishing in her debut song MOMMS, Fave was inspired to continue her music career at 19. Fave’s music is inspired by artists like Adele, Billie Eilish, Shaggy, Aisha Badru, Sia, and Lorde and is a mix of R&B, Pop, Soul, and Dancehall.

In July of this year, she launched her debut single, ‘MOMMS,’ which stands for ‘Me or Mask My Sins,’ and she hasn’t looked back since. She has seen success after the release of MOMMS, with her music being mentioned in three NDANI TV shows.

She sings a meaningful song about broken people being unable to embrace love because they are blind to others’ intentions over the piano-led beat of the music. ‘We’re waiting for love in the backyard/looking for what’s not lost,’ she sings over a pop-tinged composition, portraying two sides of the same coin: people who love others notwithstanding their imperfections and those who are broken and refuse to accept love.

Fave claimed in an interview with “NATIVE MAGAZINE” that she explored the internet for free beats till she came across one made by “Jinmi Abduls,” a Lagos-based Nigerian musician and producer with whom she made a freestyle, a freestyle that gained attention online. Fave went on to release her sophomore single “NB” after this freestyle.

Fave is a painter who paints what she views in front of her in the best way she can, using the elegance of her music and the classical utterance of her pen. Her music is a storyteller who shares her heart and people’s stories, and her brand communicates through her music.

Due to her rapid rise, she has been separated from other Nigerian female singers and grouped with New Generational musicians such as Tems, GoodGirl LA, Ayra Starr, Liya, and others. She is expected to carry on the female musician legacy established by legends such as Asa, Tiwa Savage, Yemi Alade, and others.

Top dawgs in the Nigerian entertainment industry have taken notice of Fave SZN, including Olamide, Don Jazzy, Fireboy DML, and others, who all followed her on Instagram.

To cap off an excellent start to her career, Fave launched her new single NBU on April 17, 2020. The single received positive feedback and was added to at least three official Apple Music playlists. With the top-notch records “Beautifully” and “Baby Riddim,” Fave came back better in 2021.

Olamide’s record label, YBNL, has dubbed her the new Princess. Because of their tight relationship, many fans are looking forward to Fave SZN being signed to YBNL. The project drew massive amounts of funding, which helped explain why it was abandoned after such a short time.

Fave SZN collaborated with Mainland BlockParty on Tungba with Nobody But You and Your Dal, which featured Nigerian musician BOJ. Dimeji featured her on the single Drama.

In Money Heist, Skeellz included her alongside Genesys, Valerie, and Olutimi. Remilondon has previously featured her on the track Slow Motion. Olutimi had a verse on the track as well. Fave SZN has several hit singles, including Dal and NBU.

She has gotten sales to play at numerous parody shows, music concerts, and festivities as one of Nigeria’s fastest emerging musicians. All these career successes greatly impacted the net worth of Fave SZN.

Fave SZN has a sweetheart lover, but she doesn’t post his photos on her social media accounts because she enjoys the opportunity to keep his personal life hidden.

● Tungba With Nobody But You (Mainland BlockParty feat. BOJ & Fave)

Fave SZN, whose real name is GodsFavour Chidozie, is a young talented Nigerian afrobeat musician, and Afro-fusion singer, who has an estimated net worth of $100,000 dollars as of 2022.

Is FAVE signed to EmPawa?

Is FAVE A Igbo?

She was highlighted in the magazine TheNativeMag as a result of her achievement. She is from the southeastern area of Nigeria and has a perspective on Igbo young people.

How old is FAVE from Nigeria?