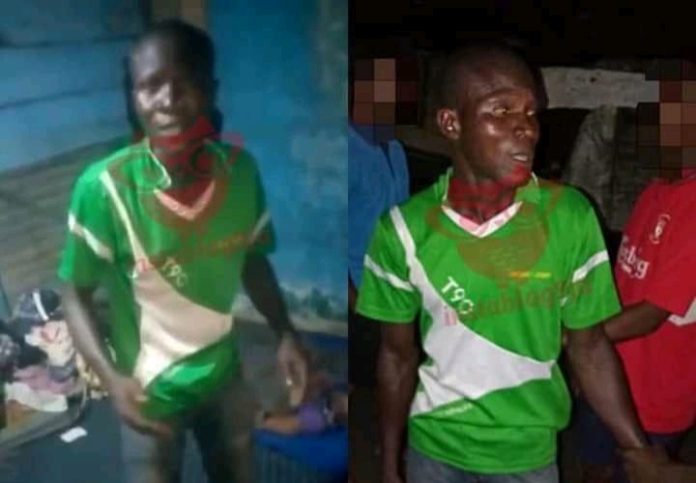 Police in Rivers State have arrested a man known only as ThankGod for allegedly be#ting his pregnant wife to [email protected] in the state’s Port Harcourt area.

The terrible incident happened in their Mgbuoba home on Wednesday morning, April 20, 2022.

The deceased, identified as Ruth, was said to have moved out of her matrimonial house owing to her husband’s constant be#tings. But, when he begged her and pledged to turn a new leaf, she went home with her four children.

Read Also: Rihanna’s Boo, ASAP Rocky has been released from police custody after being detained

“He be#ts her continuously, despite multiple interventions from friends and neighbors alike,” a source said. He gave her N500 to cook rice, but she stated she couldn’t because she was unwell, so he started be#ting her again, despite the fact that she was pregnant with their fifth kid.

Neighbors tried to stop him, but he said it was a family problem, so he dragged her into the home and continued to h#t her. When he learned she wasn’t breathing, he dressed her up and wrapped her in a wrapper before attempting to flee.

His little daughter, on the other hand, raised an alert, and he was apprehended and turned over to the cops. On Wednesday about 2 a.m., this happened.”

Lady Confronts Man That Refused To Pay Her (Video)