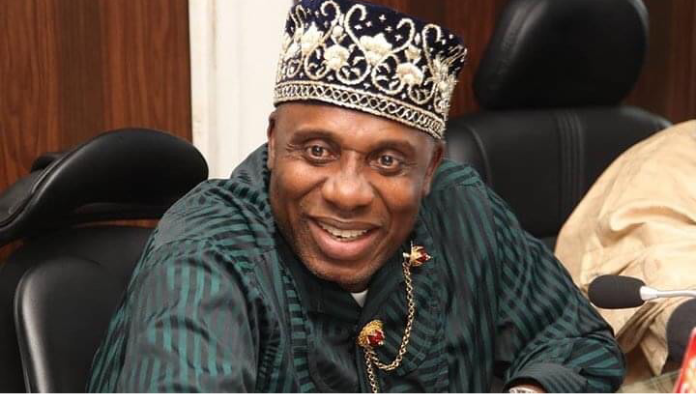 Former Minister of Transportation and Presidential aspirant on the platform of the All Progressives Congress (APC), Rotimi Amaechi, has said being born in a poor family exposed him to the realities of poverty.

Amaechi said this during his meeting on Thursday, May 19, 2022, with the Niger state delegates of the APC ahead of the Presidential primary of the party.

The former Rivers state governor added that he finds it easy to connect with people as he still eats ‘garri’ three times a day.

While commenting on his candidature, Amaechi boasted that he’s the most experienced amongst all the other contestants, owing to his stellar performances as a Speaker, Governor, Minister, and Director-General of two successful presidential campaigns.

“Another difference between me and them is that I am a politician, they’re not. The difference is that I can walk to you and I’ll talk, discuss with you,” said the former Minister.

Amaechi also added that coming from a poor background had given him an understanding into the plight of the common person as he can easily relate with them.

He told the delegates that he understood the issue of insecurity currently plaguing Niger state because he was made to confront a similar similar situation during his days as governor of Rivers.

“I know what you’re suffering, I was governor of Rivers State when they were kidnapping two months old children, and I never slept until everybody slept.

“But in six months, we brought down insecurity in Rivers State,” Amaechi said.

Amaechi will square up against other APC aspirants at the party’s presidential primary scheduled for May 29 and 30, 2022.