Home Entertainment “All A Man Wants Is Not Banging Body And Sassy Attitude’”— Actress... 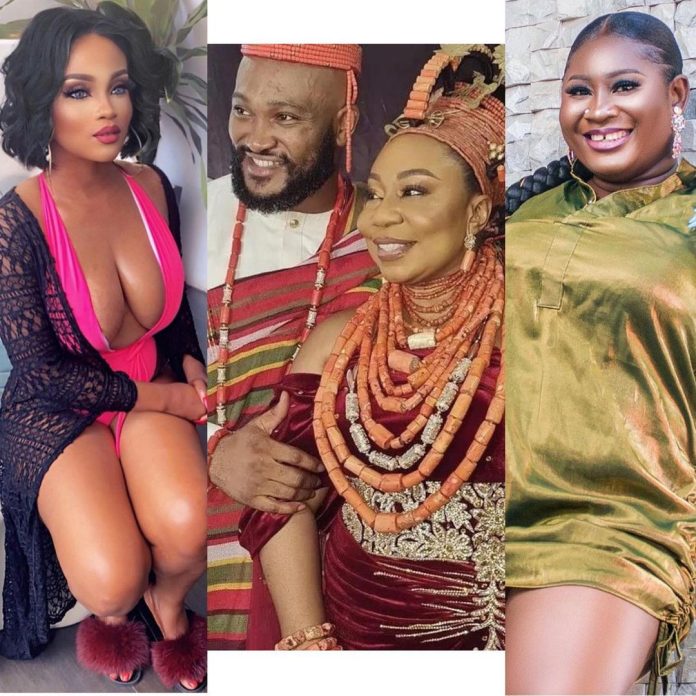 A few hours after the wedding photos made rounds on social media, Blossom Chukwujekwe was subjected to ridicule over the look of his new wife.

While some netizens claimed the new wife, Ehinome Akhuemokhan looks older than him, others say Maureen Esisi is prettier than her.

Amidst the criticism, Yetunde Bakare who seemed displeased over the negative comments from some social media users reacted to it.

Commenting on a blog, Yetunde Bakare opined that some people are very insensitive stating that all a man wants is not a banging body and a sassy attitude.

Yetunde Bakare also fumed that most of the negative comments are coming from women.

iamyetundebakare wrote: “Some people are so insensitive! Do you think all a man wants is a banging body and a sassy attitude ??? It’s even more Annoying that such terrible comments are coming from women”