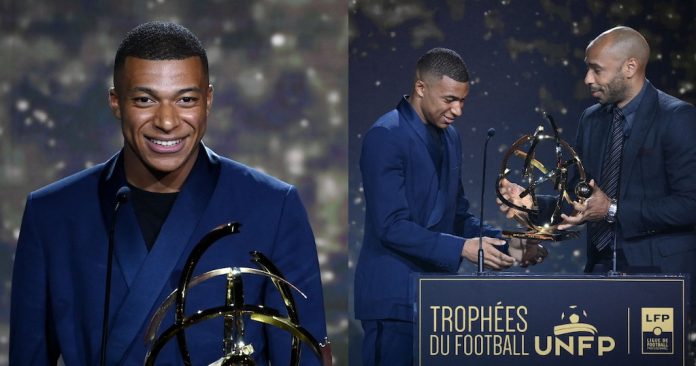 On Sunday, May 15, Paris Saint-Germain forward Kylian Mbappé won the Ligue 1 player of the season title for the third time.

This season, the 23-year-old had an outstanding season in France’s top division, scoring 25 goals and assisting 19 times as PSG won yet another league title.

The prestigious award, which was presented by Thierry Henry, saw the Mbappe win for the third consecutive season. 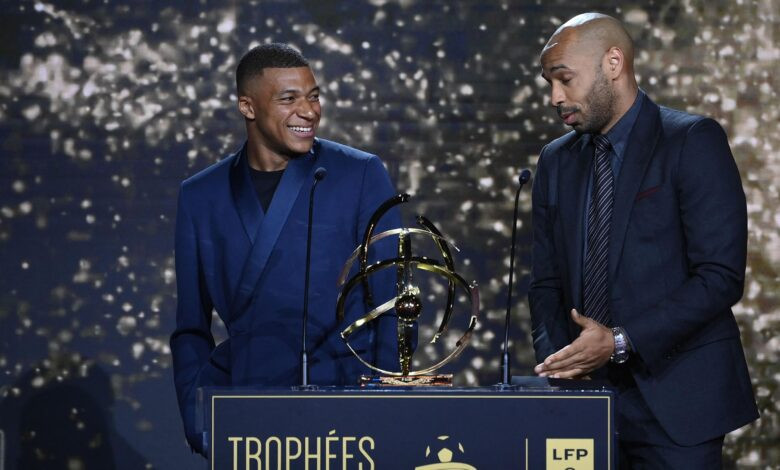 Mbappe who is out of contract at PSG next month said he didn’t want to announce his decision during the ceremony but added “Yes, pretty much” when asked if he’s made his mind up over whether to stay or go.

In another category, Real Madrid striker Karim Benzema won the award for the best French player overseas, and PSG stopper Gianluigi Donnarumma took home the goalkeeper of the year award.

Bruno Génésio won manager of the year for an impressive campaign at Rennes, who remain in the race for a Champions League place after outclassing Marseille last night. He beat Antoine Kombouaré (Nantes), Jorge Sampaoli (Marseille), Julien Stéphan (Strasbourg), and Christophe Galtier (Nice) to the award.