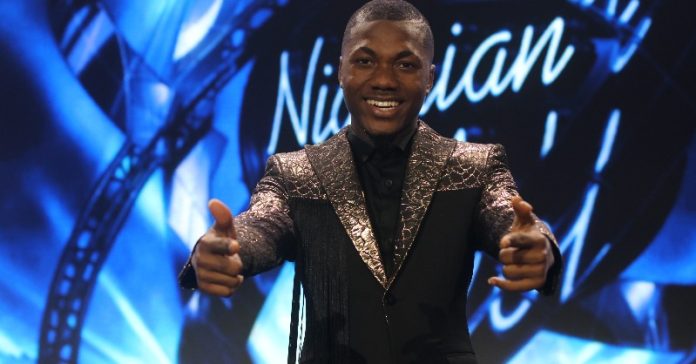 Progress has defeated fellow competitor Zadok to win the 2022 edition of Nigerian Idol in a fiercely contested song competition.

Progress was revealed as the winner of the N100 million prize money in a live ceremony on Sunday, May 22, 2022, hosted by IK Osakioduwa.

Progress and Zadok were the contenders who advanced to the finals thanks to their thrilling performances, which earned the judges’ praise.

The two finalists demonstrated their musical abilities with songs that included personal favorites, a song chosen by the judges, and a final performance with the 21 Selah choir, a musical group that brings life to their nighttime concerts.

Progress, who was the first to appear on the music stage, thrilled the judges and the audience electrifyingly with his favorite song “A Change is Gonna Come” by Sam Cooke, which led to a standing ovation, with IK Osakioduwa, the host, stating “that was amazing.”

Progress is up next on stage and he performs ‘Bang Bang’ by @JessieJ @NICKIMINAJ and Ariana Grande. Click the post to watch.🎶🎹 #NigerianIdol