Home Entertainment “Oluwa cover me, they want to kill a superstar!” – Portable exclaims... 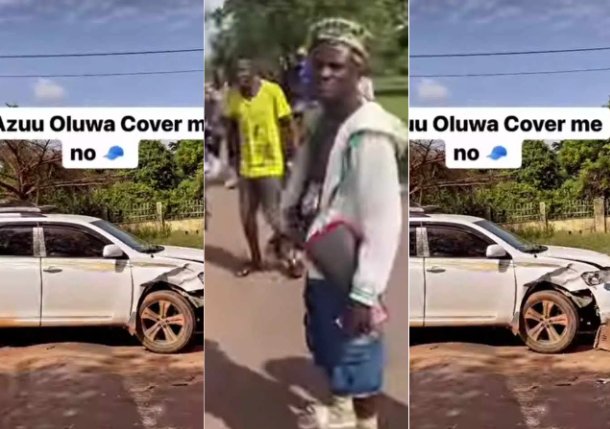 Portable, a budding musician, has thanked God for saving his life after his car was involved in an accident earlier today.

However, the singer, blaming the issue on his enemies and people who he claims want to kill him, reacted in two videos, saying:

The Zazu Zeh coroner shared the videos on his Instagram channel.

One of the videos showed his wrecked vehicle which he said got hit exactly where he was sitting.

In other news, The bid by Governor Ben Ayade of Cross River to proceed to the Senate when he concludes his two-term next year has suffered a setback after he lost in the primary.

The governor, who joined the ruling All Progressives Congress in 2021 took part in the ruling party’s Senate primary in Calabar.