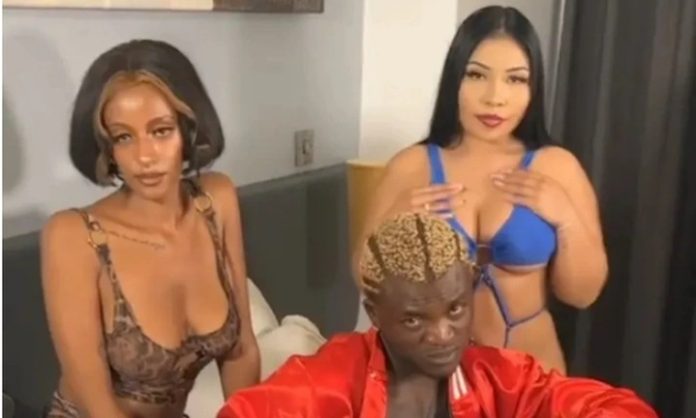 Fast rising singer/songwriter Portable has set the social media abuzz with lots of reactions to his latest video, which he shared on his official Instagram account a few hours ago.

Portable (born Habeeb Okikiola) is a fast rising Nigerian singer and stage performer who became popular after his hit song “Zazu zeh” became a street anthem in Nigeria. The Yoruba-born sensationalist became a viral topic of discussion among his fans and followers on social media platforms after he released a new video spotted with his female friends in London.

Looking at the video shared by this 28 years old talented and hardworking singer, It can be said that he is enjoying his vacation in London, United Kingdom. Read Also: I Will Be The Best President Nigeria Has Ever Had – Yul Edochie Boast

As expected, immediately after the post surfaced online, his fans and followers quickly rushed down to the comment section with diverse opinions on the new video.