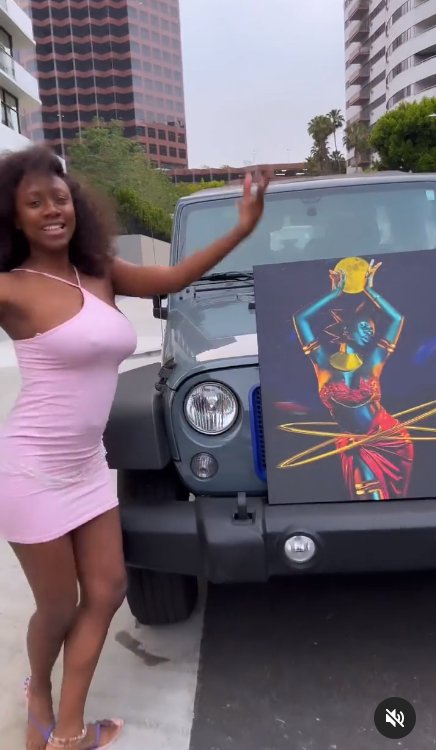 Popular dancer, Korra Obidi moment ago took to social media to announce to both her fans and haters that she just coped a brand new car, which from the looks of things is a wrangler Jeep.

Sharing the news on her page, Korra used the popular catchphrase, Small Girl Big God to announce her new whip.

She also dedicated the new Whip to her two children.

Korra has been in the news for the past 3 weeks after her marriage crashed amid allegations of infidelity from her and her now ex-husband.

She also replied a fan who expressed her desire for Korra and her husband to fix things.

The US-based Nigerian dancer has been in an online war of words with her husband, Justin Dean.

The estranged couple has repeatedly aired their dirty linen for the full glare of social media users as they keep revealing jaw-dropping secrets about each other.

The mother-of-two who read out a follower’s desire, saying that she wished Korra would go back to her husband, instantly rejected the wish.

Rather than replying the follower, Korra burst into a theatric display of rejection of the proposal as she rounded her head with her hand before saying tufiakwa – a word used in Nigeria to reject instantly, what one doesn’t desire at all.