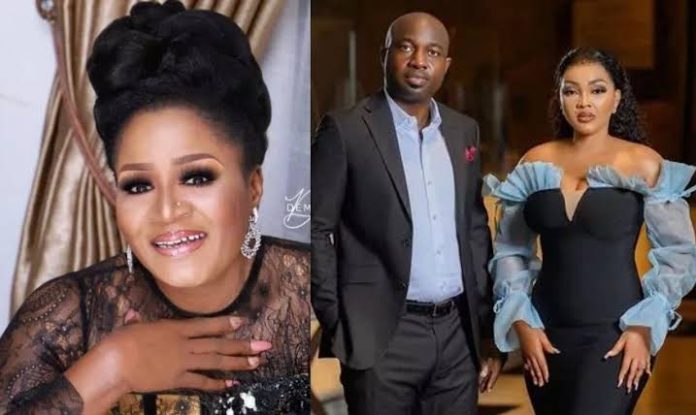 Funsho Adeoti, the first wife of actress Mercy Aigbe’s husband, Kazim Adeoti has publicly called him and the actress out.

The mum of four issued them an ultimatum to take down all photos of them in her house.

The actress did not only pack out of the house but was exposed for lying about a Range Rover car gift she received from a brand in 2021 during her birthday.

Instagram blogger, Gistlovers alleged that Adekaz and his wife Funsho had built the house together, and despite staying abroad, she often visits Nigeria.

According to Gistlovers, Funsho Adeoti was visiting Nigeria in few days, which is why Mercy Aigbe packed out of the house.

The reports were true as Funsho Adeoti was in Nigeria in April for some family issues.

The mother of four has returned to the U.S where she lives and Mercy Aigbe has moved back into Kazim’s house.

The actress who stepped out in style for colleague, Ini Edo’s birthday party, shared some glamorous photos of her in Kazim’s house with his pictures hanging around.

Irritated at her audacity to flaunt a house she and Kazim built, Funsho Adeoti took to her Instagram story to warn the couple to pull down every photos of her house.

She warned the actress and her husband to stop pushing her.

Funsho Adeoti issued them a 12 hours ultimatum to take down the photos.

“@realmercyaigbe @adekaz production for the last ad final time ‘stop pushing me’ Kazim do the needful. Pull it down..you’ve been warned 12 hours only”. 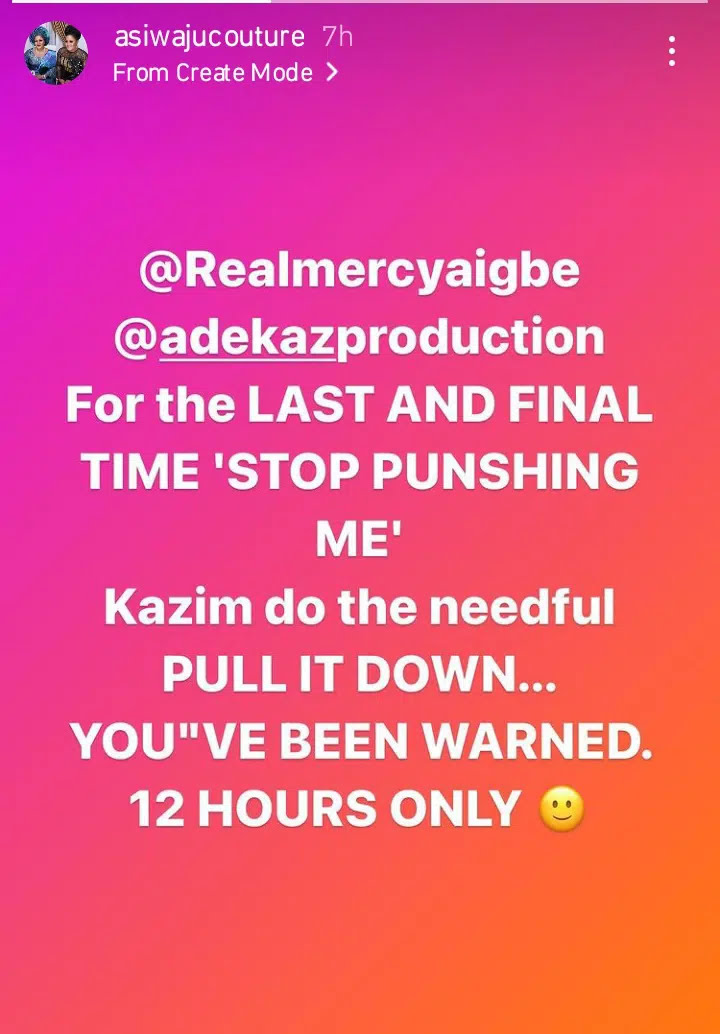