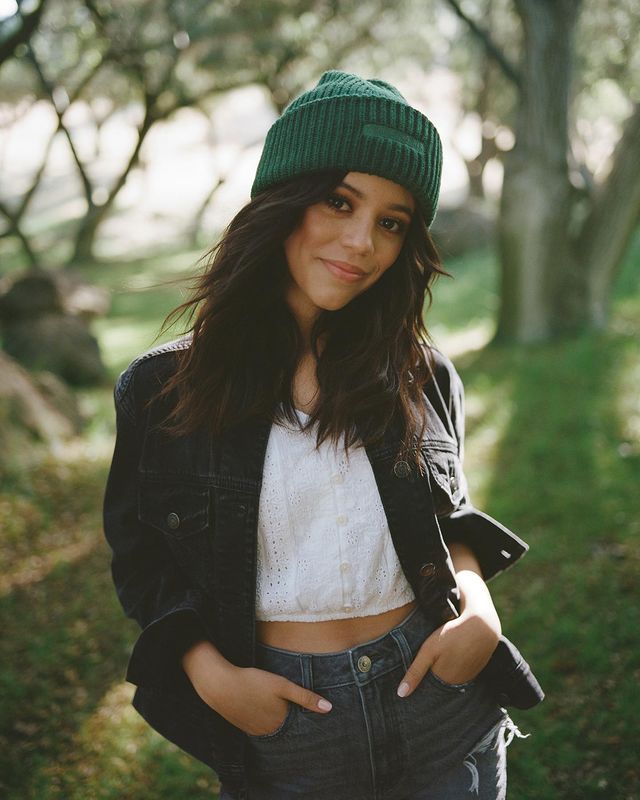 Jenna Marie Ortega is an American actress who is well for her starring roles in films and series. Jenna first came to the limelight by playing the role of Young Jane on the CW romantic comedy-TV series Jane the Virgin.

Jenna was later honoured with the Imagen Award for “Best Young Actor – Television” for her remarkable performance as Harley Diaz on the Disney Channel series Stuck in the Middle. Jenna Ortega, on the other hand, has acted in a number of films and television programs and has achieved fame at such a young age.

Aside from her acting career, Jenna is well known for her social and activism work and found herself on the list on PopSugar’s “20 Under 20” list in 2020. So let’s quickly talk about the total Net Worth of Jenna Ortega her income, earnings, assets, luxury lifestyle, career, biography, private investments, and more.

Janna developed her intent in the entertainment industry at the age of 6. When she was 8 years old, she started giving auditions for several shows. Then she became inspired by fashion from some famous stars like Beyoncé, Selena Gomez, Lupita Nyong’o, and Angelina Jolie. Jenna decided to pursue her acting career at the age of 12.

In 2012, Jenna Ortega began her acting career by starring as a guest star in the TV series Rob, in the episode “Baby Bug” and subsequently starred in the tiny role in the American series CSI NY. In 2013, she made her film debut by playing the Vice President’s daughter in the superhero picture ‘Iron Man 3‘.

In the same year, Jenna starred in the box office successful horror film titled Insidious: Chapter 2 in which she portrayed the notable character of Annie. The breakthrough year of her career was in 2014 when Jenna debuted as Young Jane in the romantic-drama series Jane the Virgin.

In the series, she received a lot of appreciation and got offered many other projects such as appearing in the comedy film The Little Rascals Save the Day and the famous Netflix series Richie Rich.

From 2016 to 2018 Ortega played the hit role of Harley Diaz on the Disney Channel sitcom Stuck in the Middle. She is also a voice artist and provided vocals for the role of Princess Isabel in the animated TV series Elena of Avalor. Later in 2018, Jenna starred as Ellie Alves in the Netflix thriller titled You.

Following this, she got an opportunity to play the lead character in the film Saving Flora in which she gained so much applause for her amazing performance. In 2020, She has acted in the Netflix horror movie The Babysitter: Killer Queen and subsequently starred as Katie in a comedy movie named Yes Day (2021). (2021).

Later she got a lot of fame after appearing in famous movies and series, including The Fallout, the slasher film Scream, Jurassic World Camp Cretaceous, and more.

According to several RUMORs, Jenna Ortega started dating the musician and actor Isaak Presley earlier. In 2017, Jenna was speculated to be dating the artist Jacob Sartorius. In 2018, It was believed that Jenna Ortega is in a romantic relationship with actor Asher Angel.

In 2020, Jenna Ortega became the new brand ambassador of a prominent American skincare company named Neutrogena which is one of the top cosmetic brands in the country. She is highly active on social media where she has millions of followers and promotes various companies. Despite this, Ortega has been appearing in many ads such as Old Navy, NASDAQ OMX Group, Burger King, Fruity Pebbles, Kool-Aid, Target, and many more.

Jenna Ortega is currently one of the Top Teenage American actresses with an estimated net worth of $3 million dollars as of 2022. She is one of the best teenage American actresses in the country and has garnered a lot of fame for acting in films and shows. She is at the beginning of her career it appears in the following year Jenna will be on the list of top Hollywood stars.

The main source of her income comes from films, and TV series, in which she takes a good sum of money. Jenna Ortega’s annual income is over $300,000. Away from acting, her source of income also comes from the numerous commercials, brand promotions, and sponsorship. She began her career at the age of 6 and has already earned a vast amount of money.

How rich is Jenna Ortega?

Jenna Ortega is currently one of the Top Teenage American actresses with an estimated net worth of $3 million dollars as of 2022.

How much does Jenna Ortega make a year?

How old is Jenna Ortega?

Jenna Marie Ortega was born on the 27th of September 2002, in Coachella Valley, California, she is currently 19 years old.