Home Entertainment Celebrities Khloe Kardashian ‘in early stages of relationship with a mystery man’ as... 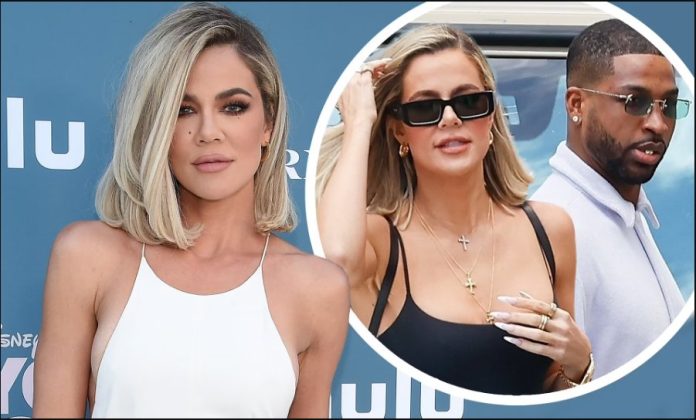 According to reports, Khloe Kardashian has moved on from Tristan Thompson, her ex-boyfriend.

Although it seems to be in its infancy, the 37-year-old reality star is reportedly enjoying a new romance with an unidentified male.

A source told PEOPLE that Khloe is “feeling extremely fantastic” with her new mystery lover.

According to the rumours, the man in issue is a private equity investor who was introduced to her by sister Kim Kardashian “a few weeks ago” during a dinner gathering. This comes days after the mother-of-one shut down rumors claiming she was involved with ‘another NBA player.’

‘Definitely NOT True!!!’ Khloe wrote on social media, adding: ‘I am not seeing a soul. I am happy focusing on my daughter and myself for awhile.’

Many believe she’s trying to distract the media from her new romance which is in the early stages.

Khloé and Tristan’s relationship ended for good in December of 2021 after he was accused of fathering a child with another woman, Maralee Nichols. He later admitted to having had sex with Nichols, before admitting in January that a paternity test had shown that he was the father of her child.

Khloe recently admitted that watching the scandal replayed on The Kardashians is a ‘form of therapy’ for her.

She made the admission while joined by her mother Kris Jenner and sister Kendall Jenner at a For Your Emmy Consideration event for her family’s new Hulu reality series on Wednesday.

‘It’s not easy, but it’s also, I think, a form of therapy for me at the same time, and I like to see how the rest of my family responds to things,’ she said, according to Just Jared.

‘Those little things mean a lot to me, and I like to see that stuff, just how the whole family — not about this situation, but any situation — how we all rally around one another in times that are hard for us.’