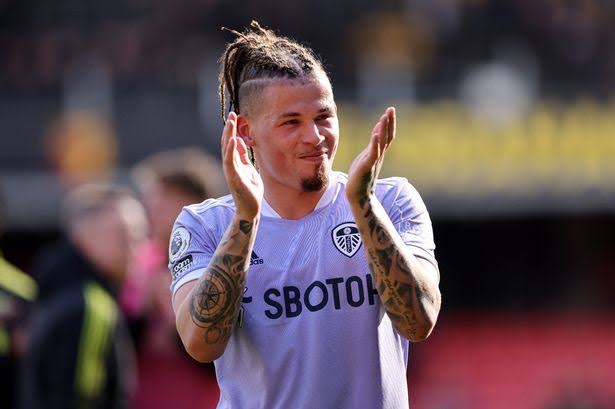 Manchester City and Leeds have agreed a fee range of £45m to £50m for midfielder Kalvin Phillips.

Phillips, an England international, is getting closer to leaving his boyhood club, where he came through the academy and thrived under former manager Marcelo Bielsa.

Phillips still needs to agree on personal terms and pass a medical before the deal can be finalized.

According to Sky Sports News, out of loyalty to Leeds, the only club he would have joined is Manchester City, and he has turned down offers from other clubs.

The 26-year-old will look to fill the void left by Fernandinho, who announced his departure from City this summer after nine years with the club.

“At Leeds, the England midfielder may just have the keys to the city. A boyhood fan of the Whites, with his entire family 100 per cent Leeds as well, there’s little to no doubt that Phillips would be content staying at Elland Road for the rest of his career.

“But Manchester City, who have agreed a deal with Leeds to sign the 26-year-old, can promise trophies, Champions League football and a real step up in his career. The midfielder could easily follow Jack Grealish – who quit his home in Aston Villa last season – in becoming a top-flight winner within a year.”